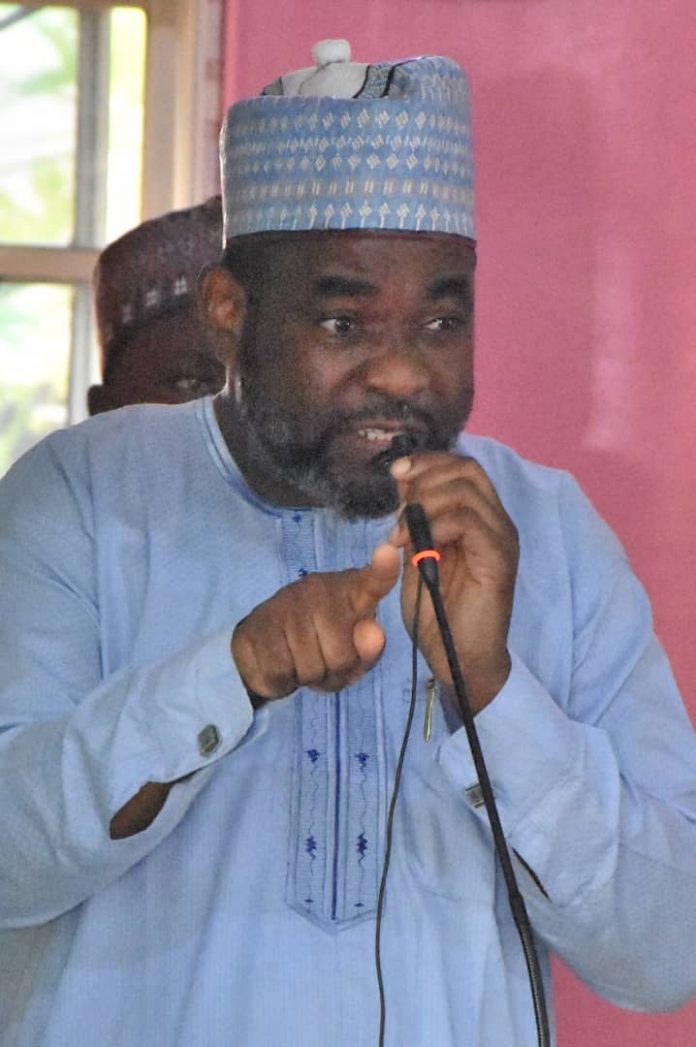 The Vice Chancellor of Ahman Pategi University (APU), Patigi, Kwara state, Professor Mahfouz Adedimeji has described former President of the Court of Appeal, late Hon. Justice Mustapha Muhammed Adebayo Akanbi, as a highly revered jurist, an exemplary statesman and an embodiment of piety whose great contributions to the progress and development of Nigeria cannot be forgotten in a hurry.

Adedimeji made this description on Sunday (June 5, 2022) in his lecture at the 4th year  remembrance prayer in honour of the  late Akanbi held at Munfa’atu Aduke Akanbi Memorial Mosque, G.R.A Ilorin, the Kwara state capital.

The Vice Chancellor said for Nigeria to move forward and attain greatness among the comity of Nations, the country needs leaders who are endowed with the qualities of late Justice Akanbi.

Professor Adedimeji, who spoke on the topic ” Late Hon. Justice Mustapha Adebayo Akanbi: Lessons from the Life of a Legend”, said Justice Akanbi lived an exemplary life worthy of emulation by the leaders and the led for us to move forward as a nation.

The pioneer Vice Chancellor of Ahman Pategi University explained that the late sage was a unique legal practitioner and an eminent jurist who was known for integrity, piety, sincerity, fairness and God consciousness in all his actions and interactions while he was alive.

He stated further that late Akanbi was detribalized Nigerian who believed strongly in the principle of Justice and equity in whatever he laid his hands upon.

Professor Adedimeji called on Nigerian leaders to take a cue from Justice Akanbi’s virtues if they are serious about moving this country out of the shackles of poverty, insecurity, and other related social and economic problems the nation is facing currently.

In his goodwill message on the occasion, one of the associates of late Justice Akanbi who is currently the Chairman of Mustapha Akanbi Foundation, Dr Mudasiru Salami, described late Akanbi as an exceptional leader whose leadership style is worthy of emulation.

Dr Salami, who is also the President of Amicus International, the position Justice Akanbi held until his death in 2018, explained that late Akanbi taught them good lessons which he said are very supportive and helpful to them in their respective lives.

Also in his message, the Director General of Michael Imoudu National Institute for Labour Studies (MINILS), Comrade Issa Aremu, described Justice Akanbi as a kindhearted man who cared about the welfare of Nigerians and Africans in general.

According to him, Justice Akanbi believed in fixing Nigeria, saying that Justice Akanbi  taught some them that were very close to him to be optimistic about Nigeria as they work towards fixing the country rather than complaining.

He disclosed that Justice Akanbi believed in hardwork, unity of the country and in the power of prayers.

Appreciating people that came from far and near to grace the occasion, the Vice Chancellor of Kwara State University, Professor Muhammed Mustapha Akanbi SAN, said the large number of people in attendance attested to that fact that the love people had for Justice Akanbi during his life time is still radiating even after his demise.

The event was attended by associates of  late Justice Akanbi, staff of University of Ilorin and Kwara State University, friends and admirers of Akanbi family among several  others.

Akanbi, was the pioneer Chairman of the Independent Corrupt Practices and other related offences Commission (ICPC), and he died on June 3, 2018.