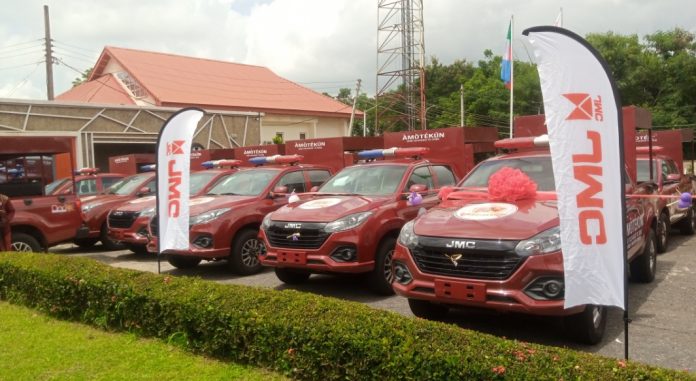 Governor of Ondo State, Oluwarotimi Akeredolu has given brand new 50 fitted security vehicles to the State Security Network, codenamed Amotekun Corps, Nigerian Army and other security agencies in the State.

Akeredolu during the handing over ceremony on Friday afternoon disclosed that the Government would continue to prioritise security operations in the State.

The Governor said the security of the State won’t be taken for granted under his administration, adding that criminals have no hidden place in the State.

“We won’t rest on our oars until we achieve State Police in Nigeria. I also want to reiterate that we will smoke out every criminal element in the State,” he said.

Heads of security agencies including the Army, Police, Civil Defense and the DSS were all present at the presentation ceremony.

The Deji of Akure, Oba Aladetoyinbo Ogunlade was among top personalities at the event.

Chairman, CIG Motors, Chief Diana Chen in her goodwill message, said the company is happy to partner with the Government towards improving the State’s security.