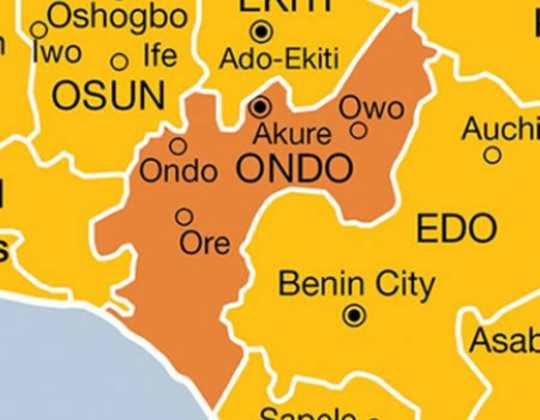 Two people have been reportedly injured in a night attack by unknown gunmen in Owo, Ondo State on Wednesday.

The attack occurred at a construction firm located at Folahanmi street, Okeogun Owo.

Reacting to the development, the Commander of the Ondo State Security Network Agency, Amotekun Corps, Akogun Adetunji Adeleye assured residents of Owo that the situation is under control.

Adeleye who spoke with Journalists as soon as he left the scene of the attack said,

“I am just leaving the scene now where I went to assess the situation and I realized that the two security men on ground were injured as the attackers shot into the air.

“They got the windscreen of the Caterpillar of the construction company damaged and the injured men have been receiving treatment at a nearby hospital.”

According to Akogun who doubles as the Special Adviser to the Ondo State Governor on Security Matters, “by the grace of God, the situation is under control and I urge everyone to go about their normal businesses.”

Police spokesperson in the State, Funmi Odunlami also confirmed the attack. She said the injured people have been taken to the nearest hospital and are responding to treatment.