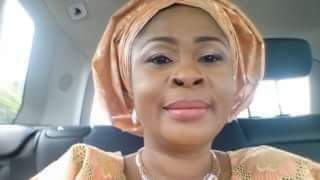 The Peoples Democratic Party (PDP) Ondo State Chapter has condemned in strong terms the directive of the Ondo State Governor, Rotimi Akeredolu to deny PDP the use of Government Field Ore to receive Mrs Yetunde Adeyanju into the PDP.

This is contained in a statement by Kennedy Ikantu Peretei, State Publicity Secretary, Ondo State PDP on Monday.

As preparations were on top gear for the event, the Area Commander arrived to disperse leaders and party supporters as directed from above.

There is no doubt, Akeredolu is jittery that his party, APC, having performed very woefully will be disgraced at the 2023 general elections. This level of high handedness and abuse of public office will not save Akeredolu and his party from failure.

Mrs Yetunde Adeyanju, the immediate past Commissioner of Water Resources resigned from Akeredolu’s government two months ago. The Governor cannot stand his former Commissioner joining the PDP just 48 hours before the commencement of Campaigns.

Our party advises Mr. Governor not to allow his fears about failure becloud his reasoning, as this will consume him. Government Field, Ore does not belong to him but the people of Ondo State.