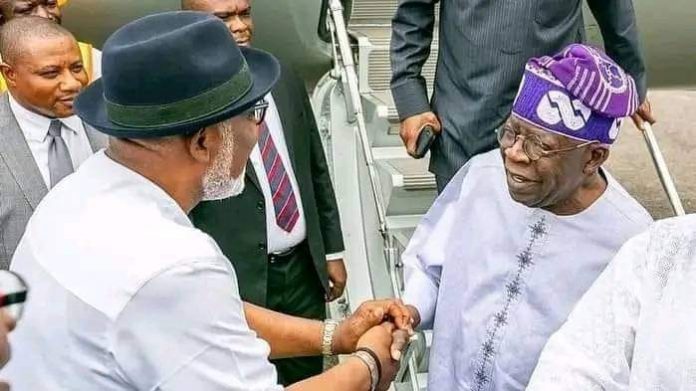 The appointment of Ondo State Governor, Arakunrin Oluwarotimi Akeredolu, SAN as the Zonal Coordinator for TINUBU/SHETTIMA 2023 presidential election is a step closer to victory at the poll.

Ondo State chapter of the All Progressives Congress (APC) views the appointment as an erection of a great and needed pillar in the construction process.

Arakunrin, as an undisputably courageous personality, has never pretended about his unwavering position that it would be morally compelling for the south to produce the next President of Nigeria.

The State chapter has unflinching confidence in the leadership and mobilization capacity of the former president of the Nigerian Bar Association to marshal unprecedented votes, from the South West, for the Asiwaju Bola Ahmed-led team next year.

Arakunrin, a perfect example of one-man army, is an energetic, and focused political figure with uncommon grace, whose passion for success is unparalleled.

Mr. Governor’s position as the Chairman of the South West Governors Forum, spokesman for the entire southern governors, his experiences at winning elections in the past, and performance- induced popularity will all come handy as he prosecutes this onerous task.

The chapter applauds the visionary leader, Asiwaju Bola Ahmed Tinubu, for this noble decision that will definitely pay off. It is going to be highly rewarding decision.

The Ondo APC will always be available to support this assignment, and make sure that the Sunshine State garners the highest number of votes in Yorubaland for TINUBU/SHETTIMA in 2023, to justify the confidence reposed in our Governor.

We congratulate our amiable Arakunrin on the deserving appointment and wish him well in all his endeavors.