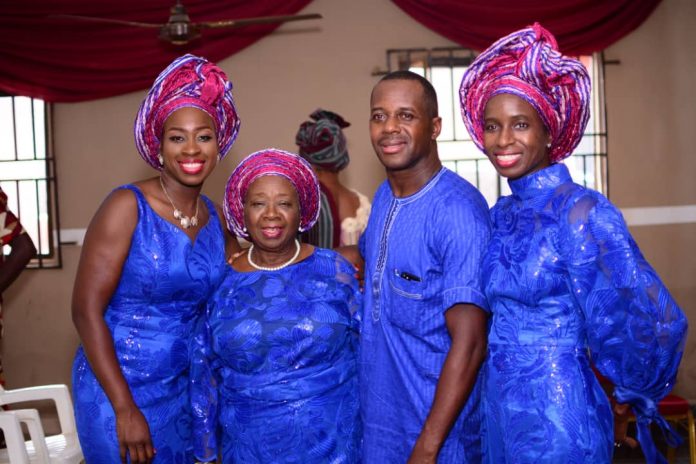 It was a celebration of life as Children, families and friends gathered for the remembrance and Thanksgiving service for late Pa Adebowale Roberts Omotade.

Speaking on the topic, “Labour of Love”, Pastor Olanusi emphasized that late Pa Omotade loved God, was humble and touched so many lives with his philanthropic gestures.

According to the Cleric, Late Pa Omotade lived a fulfilled life and always engaged in Kingdom of God endeavours.

Taking his anchor scripture from the book of 1John 4 verse 7-14, Pastor Olanusi described love as the very nature of God and recommended lifestyle full of love.

Pastor Olanusi commended the immediate and extended family of Pa Omotade with reference to the Children for deeming it fit to celebrate the late icon.

In line with the belief of Late Pa Omotade, the annual “Robert Omotade Education Foundation was launched at the commemoration service to cater for educational needs of the would-be beneficiaries in the Church.

The Remembrance Service and Thanksgiving was climaxed with a reception at the Pavillion Hall of Grand-O-Tade Hotel, along Ilesa road, Akure, Ondo State where families, friends and well wishers were well treated.