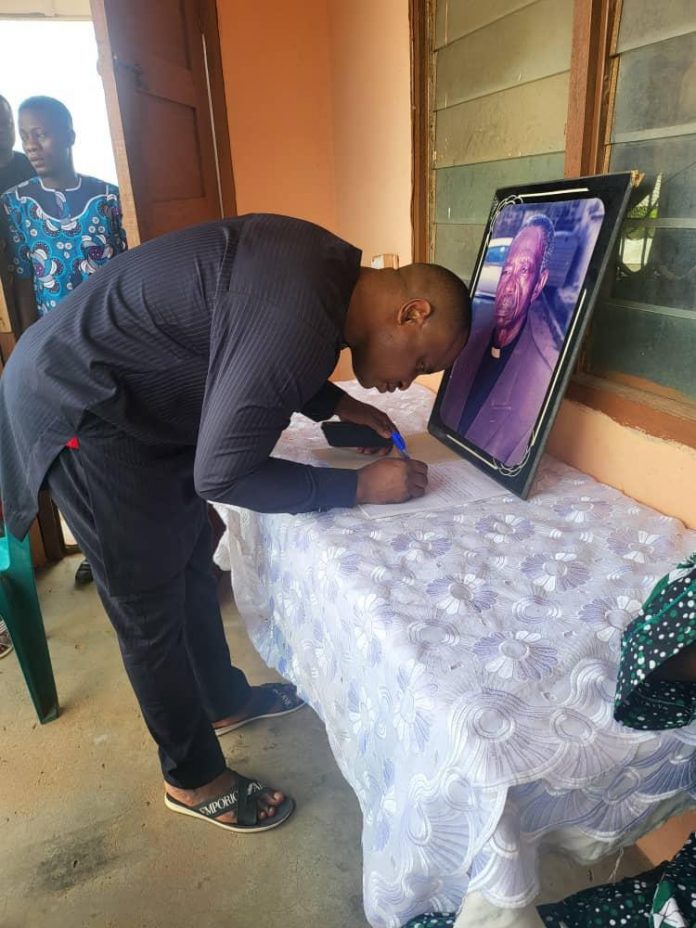 … Describes him as an elder who upheld peace in Owo APC

The Ondo State House of Assembly Majority Leader, Hon. Oluwole Emmanuel Ogunmolasuyi (WEST) on Saturday visited the family of late Pa Fabuluje to pay his last respect to the deceased.

Pa Fabuluje has been an instrumental personality in APC Igboroko 2, Ward 3, until his death and has been a total party man.

While we have no control over whom death wishes to take next, Honourable West believes no one is happy to lose their loved ones.

The majority leader stated that “his demise is sad, and he will be missed.”

He urged his family members to stay strong because he is now with God and has found total peace. He prayed that his soul will continue to rest in peace.