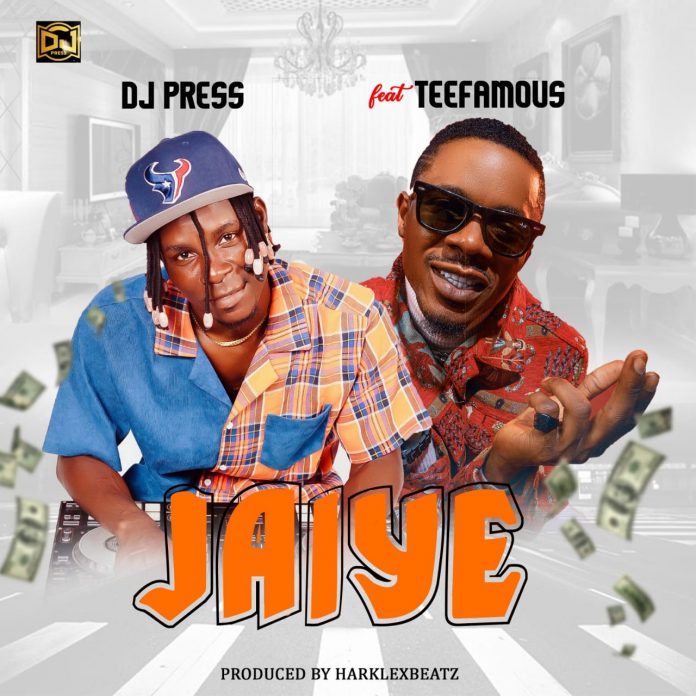 According to DJ Press the track titled JAIYE which is a collaborative effort with celebrity artiste Teefamous is the second song coming from his brand.

It would be recalled that DJ Press released his first official single in 2021 titled UPDATE when he worked with rising talents Bayziq and Remedy with the track taking over parties and clubs as at that time.

Since venturing into the Disc Jockeying world as a professional since 2012 the versatile DJ Press has since been adding more honours in the entertainment industry with lots of laudable activities.

DJ Press who has experience as a Club,Radio and Street genres DJ is presently on tour of the Southwest States to promote his latest efforts in the music industry a move which he has described as a huge success on how the reception has been in all the states already visited.

DJ Press is not done yet as he is set to drop yet another banger in the coming weeks and he dropped the hint that he his working on another track titled Back to Back featuring Destiny Boy X Maine and Cona Kizin.

On his aspirations in the Disc Jockeying business DJ Press disclosed that the profession is an exciting and lucrative one if only the DJ follows all the normal procedure to reach the top which he said must first start with becoming a registered member of the Deejays Association of Nigeria (DJAN) while the rest will definitely follow.

DJ Press latest effort JAIYE featuring Teefamous is in tune with the trend of DJs releasing on their own personal tracks with popular names as DJ Jimmy Jatt, DJ Neptune, DJ Exclusive and several others expanding their brands with additional musical touches while all his songs are on all popular social media music handles.