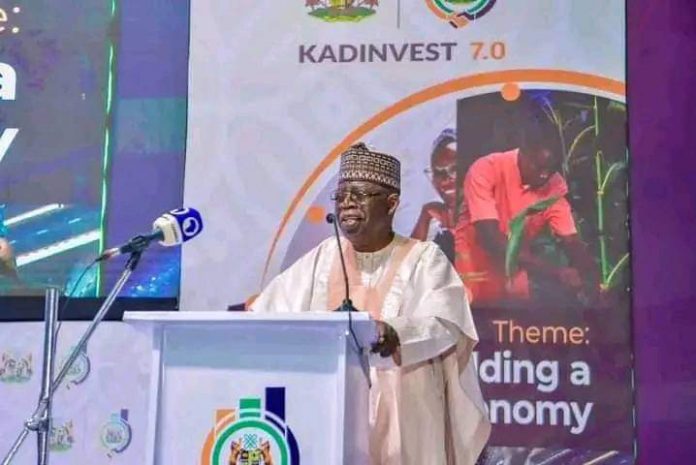 Onanuga said Tinubu’s statement at the Kadinvest 7.0, was a slip of tongue.

“Earlier today (Saturday, 15 October) at the Kaduna State Investment Summit, All Progressives Congress Presidential Candidate, Asiwaju Bola Ahmed Tinubu while commending, Governor Nasir El-Rufai for his transformational leadership in the state had a slip of tongue that is common to every human being and even great leaders.

“The APC leader inadvertently said Governor El-Rufai “turned a rotten situation” he met on ground in Kaduna into “a bad one” whereas he meant to say “to a great one.”

“It was a mere slip, that is not unusual in life, even among leaders of nations,” he said.

Onanuga, however criticised those using the slip of the APC presidential candidate for political reason.

“We recognise we are in political season where everything is latched on for deliberate distortion and twisted mischief.

“While mischief makers went so low, we noted that the audience at KadInvest 7.0 followed Asiwaju Tinubu with rapt attention and knew he only had a slip.

“We can only tell mischief makers to look for better and productive things to do with their time.”