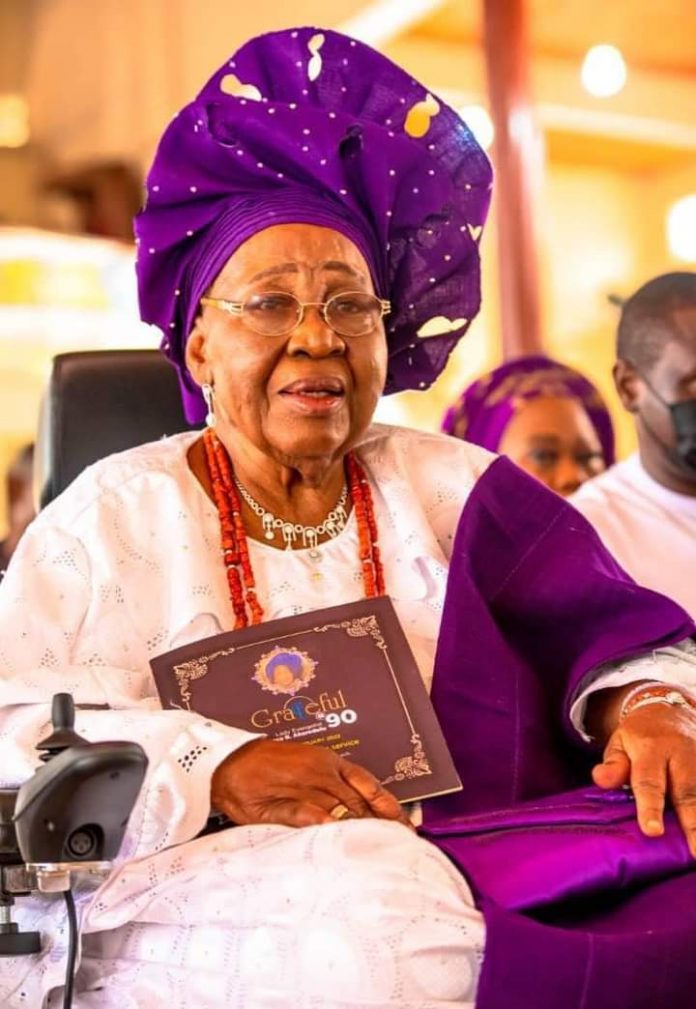 Ahead of the funeral ceremony of Madam Grace Akeredolu, mother of Ondo State Governor, Oluwarotimi Akeredolu on Saturday, major roads in Akure and Owo are now wearing new look.

Precision Online Newspaper reports that bushes that have taken over the median on the roads in Akure and Owo have now been removed.

Also, the bad portions of the road in Alagbaka, Akure, linking Showboy building with Bishop court to parliament area, have been tarred.

Our correspondents also observed that load of sands that have taken large portion of roads due to rainfall have been removed, while the de-silting of waterways along the roads have been done.

It is not clear if the street lights that have been epileptic in recent past, will be switched on during the weeklong funeral celebration.

The funeral service kick started on Wednesday with the traditional ‘Ajabue’, where the Governor and his siblings, as well as well-wishers, dressed in “Aso-Ebi”, danced round Owo town.

According to the itinerary of event obtained by Precision Online Newspaper, today, Thursday, November 10, 2022, there will be Service of Songs at St. Matthias Anglican Church, Orogun, Ibadan.

On Friday, November 11, 2022, there will be Commendation Service at St. Anne’s Anglican Church, Molete, Ibadan, by 9am.

Later on Friday, there will be Service of Songs at St Andrew’s Cathedral, Imola Street, Owo, by 4pm.

This will be followed by Wake Keep at Jacob & Grace Garden, Opposite Imade College, Oke-Ogun, Owo.

Finally on Saturday, November 12, 2022, the
Burial Service will be held at St Andrew’s Cathedral, Imola Street, Owo, by 10am.

Interment follows immediately after the burial service, while the reception is billed for Mydas Hotel and Resort, Ikare Road, Owo.

Lady Evangelist Grace Akeredolu died on 15th September, 2022 at the age of 90.