Precision
Home Interview I Still Use My Phone Number After Becoming A Council Boss –... 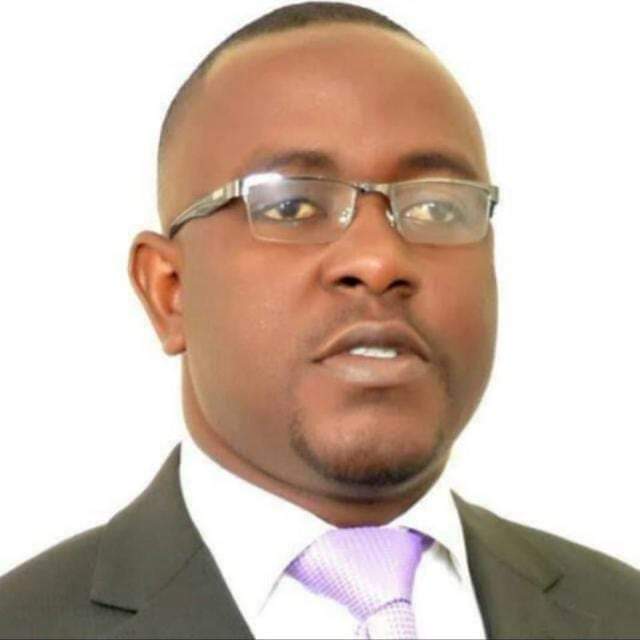 Engineer Alex Oladimeji is the Chairman of Ifedore local government area of Ondo State. In this exclusive interview, Oladimeji who is in his third year as Chairman, spoke with Bisola Aluko on his journey into politics, his humble background and how he has been able to take politics to the grassroots.

Engineer Alex Oladimeji is a member of the fellow of Nigeria society of Engineers. He’s a very discipline person, frank but sincere. Whoever get close to me knows that I’m a sincere person. I’m an engineer by profession, presently I’m a politician. I don’t believe politics is a profession. I just came to politics to try my best. Everyone keeps staying away from politics claiming it a dirty game, if you can do better why not get involved, in​​stead of being a spectator. I believe a little drop of water makes an Ocean. Our people must know that politics is not about embezzlement or selfishness, it is about service. Until we see politics as a service nothing will change.

Which field of Engineering are you?

I’m an electrical electronic engineering graduate. When I was in the oil and gas sector, I was involved in pure electronic design. I later dived into project management, and this involves knowing something about all fields in engineering and how to manage them. Due to my years of experience, I was able to coordinate project, all my engineering experience is in oil and gas.

Since the inception as the Chairman of Ifedore local government, what has been your achievement so far?

Thank you! My first achievement is accessibility to the people. People might think that’s not an achievement but to me it’s a great one. Because, the perception of people about politicians is that we’re inaccessible. But, I made myself accessible to everybody. I’ve not changed my phone number, the same phone number I have been using is still the same one. People call me and I pick their calls. That’s by the way.

Immediately I emerged, the community street light was long overdue, so I refurbished them with my personal money not the local government funds.

Secondly, there is a bridge between Irese and Ijare that was not accessible to movement for farmers. I constructed that with my personal funds too.

To Local government project; we graded majorly the farm road networks. Nothing less than 50km road yearly. For easy commute for the farmers. In rural area, we always clear the Akure to Owena road verge. The benefit of the road verge is to avoid accident when two vehicles are coming and about facing each other. I also constructed lock up shops in Ìpògùn, renovated Ijare Youth Center to a modern building. The youth centre will be of good benefits both for the community and the local government. Also, we sensitized our farmers, after which the state government supported us with cocoa seedlings and palm kernel seedlings.

As the Chairman, there’s nothing people won’t request from you, if anyone is doing naming ceremony, harvest or thanksgiving, and wedding ceremony, you will have to support them with cash donations. Personally, I bought a car for one of the executives that’s very resourceful. When I got to the council, there was no vehicle working, I have to refurbish six cars that are now working perfectly.

Can you say you have good relationship with the government?

Yes, I have a good relationship with the state government.

Has the government been deducting from your monthly allocation?

No. There was never a time our money was deducted. If anyone is saying that, the person is lying. The only challenge is this, because we aren’t 100% autonomous, there are somethings we might not like that happened but there’s nothing we could do about it and it’s not the making of Mr Governor.

Take for instance, we are working with the ministry of local government and chieftaincy, which is our supervisory ministry and they have a say too, we can’t say because we are local government Chairmen, and there’s any idea coming from them, we would say, No.

So, I must say that our relationship with the state government established equity. You know, in some local government they don’t pay salary to staffs but in Ondo State, we made salary payment our priority whether your local government has money or not. We don’t want a situation whereby staffs in Akure south for instance, won’t be able to pay their salary while Ifedore LGA is able to pay because there is money. We agreed that every salary should be paid generally irrespective of the allocation.

Are you saying your staffs in the local government are being fully paid?

Let’s talk about your suspension. Do you think the suspension was an avenue for you to go on political reorientation?

The suspension gave me different view from political setting, it was a learning curve for me.

Why were you suspended?

Originally, when they want to suspend me it was said that I mismanaged funds but then I was interviewed and I said it’s not true, the funds that was said to have been mismanaged was still there.

We embarked on a project, I’m not the one in charge of Project. Head of Department, Works was in charge my own was just to approve money for the project. He was still working on the project so how can you say an ongoing project funds was mismanaged? For people that understand, it was purely political not administrative. There was no way they can use administrative sentiment to suspend me, it won’t make sense. It was a ‘packaged’ suspension. Thank God, I’m happy when they wanted to returned me they said they’ve investigated and found that all allegations were baseless.

I’m a frank person, if we had an agreement I work with the agreement. The suspension was because of the ward congress. We held a congress where all the leaders sat and agreed on consensus. Some people went ahead to go against it and they expected me not to talk. As a local government Chairman, you want the executives from my ward to be different from what the leaders want, and you expected me not to talk? I have to say something, that’s the beginning of it.

Summarily, my suspension has nothing to do with administrative, financial but purely politics. Normally, politicians love to teach you lessons either you are guilty or not, to some they’ve taught me lesson, to some they’ve embarrassed me, to some they’ve caged and cut my wings. But to me, it was a learning curve, yet I was traumatized.

Are you going for the second term?

No, naturally contest shouldn’t be your own decision, even this position wasn’t my intention. My intention was to go for to House of Representatives. This Chairman is a local level position because it involves the grassroots. You have to come to the lowest minimum. I’m a grassroots person, even outside politics it was easy for me. For local level position, you don’t take decision for yourself, when I had issues it was because of the people that supported me, that was why I could be able to come back to the position.

My going back for second term, will be basically on the decision of the people because I didn’t join politics because of myself, I joined politics because of my community. In Ijare, in those days they didn’t involve in political activities, to the extent that the people in Igbara Oke and Ilara used to mock us. When a position is available, Ijare won’t be on the forefront, and Ijare has the largest population in the whole Ifedore local government.

This challenged me to join politics, I didn’t join politics for my gain. When I was appointed as the Chairman, I have work at hand, I had to appeal to Mr Governor to grant me three months to finish up what I was doing, so it wasn’t as if I wasn’t engaged with somethings when I joined. I didn’t join for monetary gain. Before I joined, politics I was averagely okay. Had a house and car of my own.

How do you balance your job with family matters?

I’m a family man, I love my family, I tried as much as possible to work with my wife. I have told her to be my checks and balance, If I’m not in line. I have cordial relationship with my children with the little time to let them know me as a father. Family is my fall back, so I try to strike the balance.

2023 Election is approaching, we know where the interest of Mr Governor who’s the leader of your party, APC in Ondo State lies. You as a stakeholder in your party, what are the plans you’ve put in place to make sure, Asiwaju Bola Ahmed Tinubu emerge as the president?

As far as we are concern in south west, I don’t think we have any challenge about Asiwaju, He has done well for himself and for the nation as a whole. So, what we just need to do is for him to win overwhelmingly. But we need to work on the other candidates like the Senate, House of Representatives, and the State Assembly, because they aren’t well known and not acceptable as Asiwaju.

My strength is mobilization and this is where I’m useful. Mobilization in the grassroots level and this is it, I know their problem, I came from them and I’m close to them.