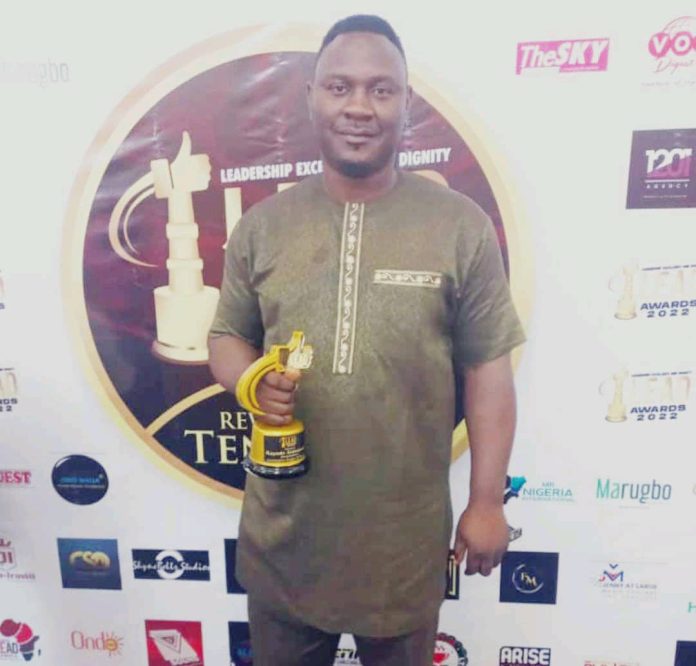 Kayode Animasaun of Radio Nigeria Positive FM has been honoured with the best blogger of the year award in Ondo state by the Leadership Excellence And Dignity Awards, Project Lead Africa

The colourful event was attended by dignitaries including the wife of Ondo state governor, Chief Mrs Betty Anyawu-Akeredolu.

In his response, the award winning journalist appreciated organisers of the award, the Project Lead Africa for counting him worthy of the honour.

He said the award would encourage him to do more in sanitising the society and also bring more recognition to the journalism profession.