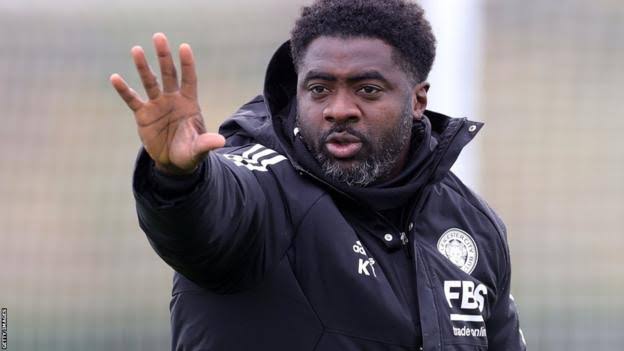 The former Arsenal defensive midfielder’s appointment is on a three-and-a-half-year deal.

“We are delighted to confirm the appointment of Kolo Touré as the Club’s new First Team Manager! Welcome to Wigan, Kolo,” the club said in a statement on Tuesday morning.

It is a history-making appointment for Touré, becoming the first African to manage a senior men’s football team in England in what would be his first job in charge of a senior team as manager.

Before his appointment, he was First Team Coach as part of Brendan Rodgers’ coaching staff at Leicester City.

Speaking on his appointment, Touré said: “I would like to thank all of the fans, players and staff of Leicester City Football Club, Aiyawatt Srivaddhanaprabha, Susan Whelan, Jon Rudkin and of course Brendan Rodgers for making me feel so welcome for so many years.

“The experiences that I have amassed under Brendan Rodgers have been invaluable and I’m sure they will help me in this next chapter of my career. I am extremely proud to be named Manager of Wigan Athletic. Wigan Athletic is a big club with hugely passionate fans. Together, we can continue to make the right steps forward.”

He added: “I’m excited to work with this talented group of players and staff, and immensely look forward to my time ahead.”

During his playing career, the 2015 Africa Cup of Nations winner gathered more than 300 appearances for top clubs in the United Kingdom including Arsenal, Manchester City, Liverpool and Celtic winning multiple trophies.

He won the Premier League and FA Cup twice, the FA Community Shield thrice, and the Scottish Premiership and Scottish League Cup once during his 18-year career.