Precision
Home News Are They ‘Enemies Of Wealth’? Tinubu Tackles Nigerians Querying His Source Of... 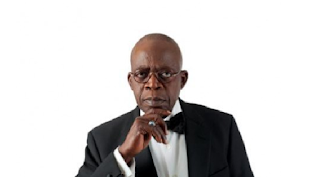 The candidate of the All Progressives Congress (APC), in the 2023 presidential election, Bola Tinubu, says those querying his source of wealth are envious, asking if they are ‘enemies of wealth’?

Mr Tinubu stated this while responding to questions from BBC reporter, Peter Okwoche in an exclusive interview released on Wednesday.

The ex Lagos State Governor, who was in London to speak to stakeholders at Chatham House on Monday, added that he made his wealth from real estate.

“I inherited great real estate and I turned the value around,” he said, stating that he remained the most investigated Nigerian politician till date.

“I have not taken government appointment, no government contract,” Tinubu said, adding that, the allegation that he was in charge of the revenues accruing to Lagos remained unproven, and that he has been investigated several times without any dirt, saying, “It’s envy”.

His words: “You ought to know how to analyse and how to ask questions, not in the opposite format. Are they enemies of wealth? If they are not enemies of wealth, investment does yield. I have an example of Warren Buffett and one of the richest men in America and in the world, he started from stock buying and brokerages. I inherited great real estate, I turned the values around.

“I’m not denying my wealth, I was the most investigated, the most accused governor in opposition for 8 years and up till 2007. And since I left the office, I have not taken any government appointment, no government contract.”

Defending Buhari, Tinubu said, “Buhari has done his best, I can’t run away from him being my friend, my leader in the party, I will not.”

Contending that Buhari had degraded the insurgents, even though he admitted that they had not been completely eliminated, Tinubu added: “I will defend him (Buhari) for that, it (insecurity) has reduced. Then, 17 local governments and about four states where we had flags of foreign jihadists in Nigeria, that is no more. That is long gone.

“To start chaos is easy, to bring normalcy and redecorate is more difficult. Here we are, Buhari has degraded, but not completely eliminated ISWAP. Then we talk briefly of lethal weapons and ammunition and technological equipment that could have helped accelerate the clean-up of those…

“The west is yet to feel comfortable enough with a Buhari administration to sell us the arms. We have to look for alternatives and that include mass recruitment of a volunteer army,” he stated.

Asked if that could change if he emerged president, Tinubu added, “It could change, it might not change, but we have to look at alternatives. Those are the mass recruitment of individuals in a volunteer army to really clean up,” noting also that there was a need to recruit more people into the military.

The former Lagos governor stated that his priority would be security and revamping the economy as well as focusing on employment if elected, stressing that he would restructure Nigeria’s monetary policies and take a decision on fuel subsidy.

He urged Nigerians to vote for him, because he was ‘different’ and he was Bola Tinubu, who has governed Lagos and turned it to a modern state, which could pass for a country of its own.

“I led an administration that was so prudent. We raised Internally Generated Revenue (IGR) from N600 million to N5 billion a month,” Tinubu stressed, describing it as a record.

According to him, he also turned the Atlantic Ocean, which would have killed many people in Lagos into an asset, renewed infrastructure in the state and has ensured continuity in the governance of the state.

He also disputed the imputation that the presidential candidate of the Labour Party, Mr. Peter Obi, was the youngest of the candidates meaning to take over the leadership of the country, explaining that Obi could not lay claim to being young, having being a governor of Anambra State for eight years some years back.

He also stated that if he (Tinubu) wasn’t contesting, he would not vote for either Obi or Abubakar Atiku, insisting that neither of them had any track record to bank on.

“None, because they are not as competent as any other person out there. They have no track record. None of them is qualified except me,” he said.

Tracing attacks against him to the fact that he was the candidate to beat, Tinubu said, ‘I’m very confident that this election, free and fair, I am the frontrunner and that is why I’m getting many arrows.”

He however, noted that, if he won the election, his priorities included tackling security and economic recovery in order to accelerate development, while also reducing inflation, in addition to changing the country’s monetary policy.

Asked what he would do differently as many Nigerians have suffered under the Buhari administration, Tinubu said, “I’m different. I am Bola Ahmed Tinubu. I have governed Lagos, I built a modern state that could be a country on its own. I have led an administration that is so prudent. From N600 million internally generated revenue to N5 billion a month. That’s a record, nobody else can brag about that.

“I have tamed the Atlantic ocean surge in Nigeria that would have perished many people in Lagos, the infrastructural renewal of Lagos is excellent. I have continuity in Lagos.”

Answering to allegation of getting a share of revenue accruing to Lagos State, Tinubu said, “Excuse me, share what? Have they proven it? The World Bank… IMF has investigated the record in Lagos, what’s wrong with them? It is envy.”