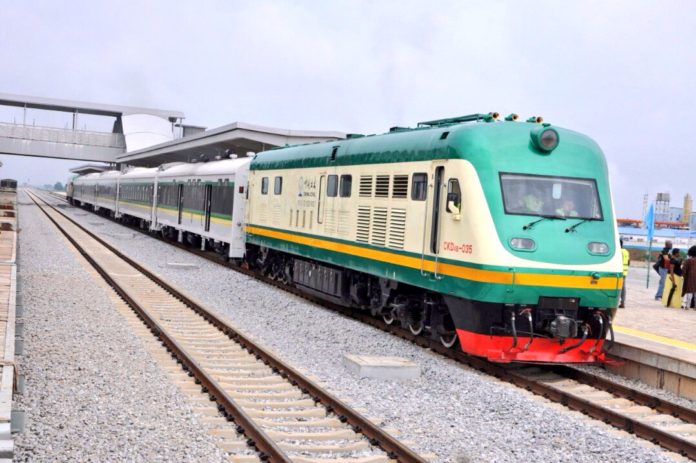 The Nigerian Railway Corporation (NRC) says all the people abducted at the Chief Tom Ikimi Railway Station Ekekhen in Igueben, Edo State, have regained their freedom.

Some gunmen had in January 7, kidnapped no fewer than 30 passengers waiting to board a train at the train station in Igueben LGA of the state, to Warri in Delta state.

Chris Nehikhare, the state’s Commissioner for Communication and Orientation, later said an intelligence report showed that 20 persons were abducted.

Many of the travellers also sustained injuries from gunshots fired by the attackers.

However, Mahmood Yakub, Deputy Director, Public Relations, NRC, on Thursday in a statement said the victims had been released to their families, but was silent about ransom payment.

According to the statement indicated that none of the victims was hurt or injured during their period of captivity and release.

“At this point, the NRC Board and Management highly appreciate the role, patience and cooperation of the families of the victims. We also wish to express our appreciation to the security agencies, State Government and all those who contributed in one way or the other towards the release of the harmless and innocent citizens for their efforts.

“This dastardly and wanton act of kidnapping innocent and law-abiding Nigerians is a display of cowardice that must be condemned and not to be tolerated in any guise as all hands must be on deck to ensure the Security of life and property of all Nigerians,” the statement read.

The NRC Management advised all communities residing along the railway corridors to be security conscious by reporting any suspicious movement that was likely to cause a breach of peace within their locality, to the nearest security agency or their community vigilante for quick intervention.

The NRC said this was the “surest way and means of keeping our society safe and protecting the Federal Government’s critical infrastructure constructed in their community for their socio-economic and other benefits.”

NRC assured it would continue to “support the security agencies towards improved efforts at protecting the NRC’s facilities and installations including the stations, trains, track, and especially the passengers for the continuous use and safety of our esteemed passengers.”