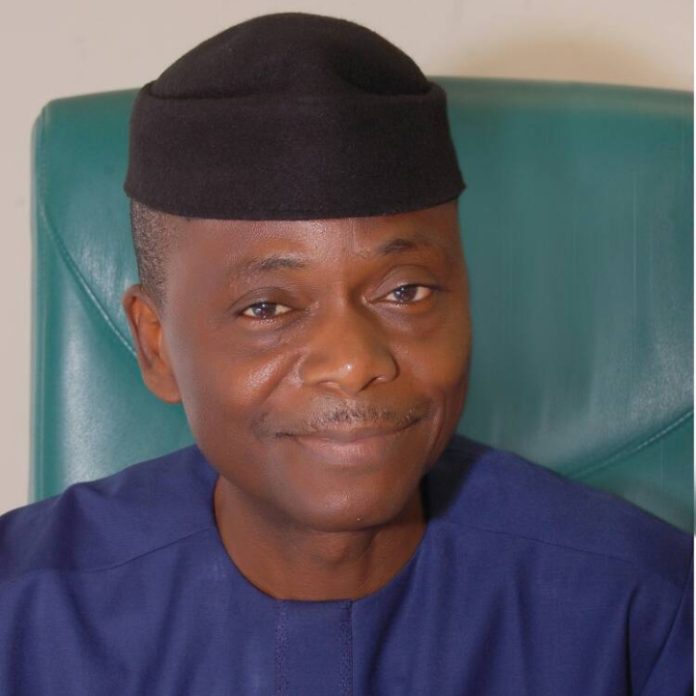 The Pro-Chancellor and Chairman, Governing Council of Achievers University, Owo (AUO), Ondo State, Dr. Bode Ayorinde, has explained the rationale behind the appointment of Omolola Irinoye, Professor of Community Health Nursing, as the acting Vice-Chancellor of the University.

Ayorinde said this at a meeting with Principal Officers, Frontline Officers and all senior staff of the University held on Tuesday, January 10, 2023 at the Abubakar Adamu Rasheed Auditorium of the University.

The Pro-Chancellor who briefed the gathering about the resolve of Council, after an emergency meeting held the previous day, to give Professor Samuel Aje, who died on Thursday, December 29, 2022, a befitting burial, said “Since nature abhors vacuum and the process of appointing a vice-chancellor may take up to a year, Council decided to appoint Irinoye as acting Vice Chancellor for a period of one year so that the University could move forward”. He called on all to support the first female Vice-chancellor of the University.

After the announcement and reading of the citation of the new acting Vice-Chancellor by Dr. Taiwo Adenegan, Ag. Dean of Student Affairs, priests, which include Venerable Oluwarotimi Komolafe, Venerable Olatunde Abiodun, Rev. Olushola Ogunrinde and Rev. Canon Bayode Oladimeji, among others, prayed for Irinoye, the Pro-Chancellor, Management and staff of the University.

In her acceptance speech, Professor Irinoye lamented the sudden death of her predecessor, whom she described as “highly cerebral but very humble”.

She recalled her discussion with late Professor Aje about “action plans on many assignments that need urgent attention” in the Faculty of Nursing of the University.

She said, “I count myself highly opportune to have met and worked with him for the short time. His intellectual commitment, his outstanding leadership qualities, his administrative prowess, his friendly disposition to all, his commitment to Achievers agenda/family as well as his commitment to servicing humanity are outstanding.”

She implored members of the University to learn from Aje’s death.

“We must take all cues and be motivated to work not only for his legacies to live on but also to be seen to have played our part as required of us by God who brings us to this assignment not by chance but as ordained as part of fulfilling our purpose in God’s agenda to serve humanity,” she said.

While seeking the cooperation of all staff – academic and non-teaching, she pledged to be a “servant lead” and urged them “to do everything as it is unto God and live every day as if it were our last day on earth.”

She also called on them to face the challenge of providing access to quality education in global context “as we produce graduates for the world market”.

The Acting Vice-Chancellor of the University practised briefly as a staff nurse at UCH and was in private practice for some years after her national youth service before she joined the service of Obafemi Awolowo University (OAU) as Lecturer II in 1991. She rose through the ranks to become a Professor of Community-Public Health Nursing in 2013. She has served as the Head of Department of Nursing, OAU, for three terms and has served in many committees at the Faculty, College and University levels in the University.

An astute scholar and academic who has won laurels, awards and fellowships at all levels of her education, Prof. Irinoye has won many research grants. The most recent of it is the 2022 French Embassy’s “Research in Health, Innovation, Information and Artificial Intelligence” FSPI (RS31) Project Grant for OAU to work on E-Health Systems for Strengthening Health Literacy, Promotion, Screening and Health Care Access for Population Groups.