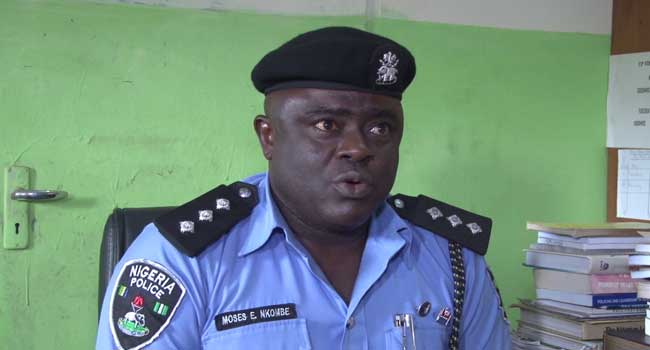 Public Relations Officer, Edo State Police Command, Moses Nkombe
Three suspects have been arrested in connection with the murder of a senior lecturer in the University of Benin, Professor Paul Otasowie.
Otasowie was shot dead by the armed men in front of his residence on Ekehuan Road in Oredo Local Government Area of the state on Wednesday evening.
The Police Public Relations Officer, Edo State Police Command, Moses Nkombe, told Channels Television that the suspects are helping the police in their investigation of the matter.
He said the police had received a distress call about the incident after which operatives were sent to the scene.
The professor was, however, shot dead before they arrived.
“In the course of trying to unravel the cause of the incident, three suspects were arrested and the Nissan Primera that was used in tracing the victim to his house was recovered by the police,” he said.
“The suspects are helping the police currently to unravel the cause of that incident.”
Otasowie’s murder is a latest in string of crime in the state and follows the abduction of a popular musician, Mr Joseph Osayomore, and the head of Ogba Zoo and Nature Park, Mr. Andrew Ehanire, and a Catholic priest, Fr. Lawrence Adorolo.
The security situation in the state has led the Peoples Democratic Party (PDP) and the ruling All Progressives Congress (APC) in the state to engage each other in a war of words.
Channels TV