In 2016, Colombia’s government after 52 years of war with the leftist rebel – The Revolutionary Armed Forces of Colombia (FARC), secured a groundbreaking peace deal with the insurgents, promising to end a war that wracked the country for more than half a century, killing tens of thousands and displacing millions.

“The war is over,” declared Humberto de la Calle, chief government negotiator, after signing the deal in Havana, where talks have been held since November 2012. “It is the time to give peace a chance”, he said.

FARC’s top negotiator, Iván Márquez,on his part said: “We have won the most beautiful of all battles: [the battle] of peace for Colombia. The battle with weapons ends and the battle of ideas begins.”

With the deal, the FARC – Latin America’s oldest guerrilla group, which took up arms against the state in 1964 under a banner of social justice – renounces its armed struggle and begins its transformation into a legal political party.

“Today marks the beginning of the end of the suffering, the pain and the tragedy of the war,” President Manuel Santos said in an address to the nation after the announcement in Havana.

The comprehensive deal addressed both the root causes of the conflict and its most nefarious consequences, while laying out a calendar for the group’s estimated 7,000 fighters to lay down their arms and reintegrate with Colombian society.

“Everybody wants peace but not everyone is sure that this peace deal is the right peace deal,” said Peter Schechter, of the Latin America Centre at US-based thinktank the Atlantic Council.

Under the agreement, the government commited to development programmes and addressing gross inequalities in the country’s long-neglected rural sector. It also agrees to widen the opportunities of political participation to smaller political movements, including the party that a demobilised FARC may create.

The FARC agreed to help dismantle and discourage the business of drug crops and trafficking that helped sustain its war financially for the past three decades.

The deal also included reparations to victims and sets up a transitional justice system for crimes committed during the conflict. FARC members who committed or ordered atrocities but confess their crimes will avoid serving their sentences in jail, instead performing “community service” projects and acts of reparation.

Opposition figures have however condemned the proposed move by the Nigerian government. The country’s information minister, Lai Mohammed recently announced that the government had already reached a ceasefire agreement with the group.

Boko Haram founded by Mohammed Yusuf who led the group from 2002 until his death in 2009 had an estimated number of fighters ranging between 500 and 9,000 and has been responsible for highest number of
terrorist killings in the world over the past year, with over 100,000 killed while millions have been displaced.

Boko
Haram is said to have raised substantial sums from kidnap for ransom.
In 2013, Boko Haram kidnapped a family of seven French tourists on
vacation in Cameroon and two months later released the hostages along
with 16 others in exchange for a ransom of $3.15 million. It is also reported that the group collected huge amount of monies for the release of some of the Chibok girls in 2017.

A lot of countries have had encounters with terrorist groups and have had to negotiate their ways to peace. The case of Colombia aptly came to mind here having fought insurgents for 52 years before coming to the drawing table with the FARC leftist rebels.

It is in view of this that Nigeria will have to look the direction of Colombia in order to find a lasting solution to the war. It was on record that in October 2015, Colombia sent a delegation of security experts to assist the Nigerian authorities and share expertise on security and counter terrorism.
/script>

In January 2016, a delegation led by Nigeria’s Chief of Army Staff, Lieutenant General Tukur Yusuf Buratai also visited Colombia to exchange information in regards to the war against Boko Haram.

In the words of Kristian Herbolzheimer, a conflict resolution expert with Conciliation
Resources who has consulted with negotiators in the Colombian peace
process noted that in a world wracked by conflict, Colombia had become a sign of hope. “It shows that no matter how complex a conflict is,
if there is political will there is a political solution.”

*Some text adapted from TheGuardian and Wikipedia 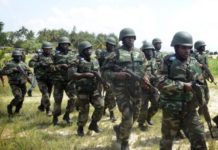 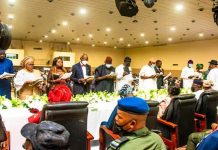 Opinion: The Inauguration Of Assistant Commissioners By Allen Sowore 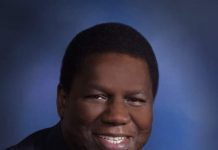 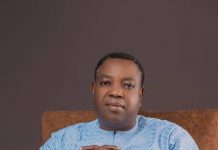 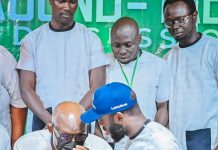 Opinion: The Child Is Father To The Man By Allen Sowore 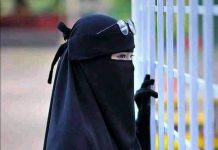