At least 86 people have died in central Nigeria after violent clashes broke out between farmers and cattle herders, police in Plateau state said.
Some reports say fighting began on Thursday when ethnic Berom farmers attacked Fulani herders, killing five of them.
A retaliatory attack on Saturday led to more deaths.

The area has a decades-long history of violence between ethnic groups competing for land.
Earlier, dozens of people were killed in a similar round of violence between Fulani herders and local hunters in Mali .
A curfew has now been imposed in three parts of Plateau state.
State police commissioner Undie Adie said a search of villages following the bloodshed revealed that 86 people had been killed, and six injured.
He said 50 houses had been burned, as well as 15 motorbikes and two vehicles.
The Plateau state government said the curfew would be in place between 18:00 and 06:00 local time (17:00 to 05:00 GMT) in the Riyom, Barikin Ladi and Jos South areas “to avert a breakdown of law and order”.

Analysis by the BBC’s Stephanie Hegarty, in Lagos
It’s an age-old conflict that has recently taken on a new level of brutality.
In Nigeria’s central region settled farming communities and nomadic cattle herders often clash – usually over access to land and grazing rights.
But these tit-for-tat clashes have erupted into inter-communal warfare, killing thousands in the last year.

This region, where the Muslim north meets the Christian south is prone to religious tension – herders are ethnic Fulani and mostly Muslim, while the farmers are mostly Christian.
But it’s not clear why this spike in violence is happening right now. Nigeria’s president has repeatedly blamed the escalation on an increase in gun-running from Libya.
Others blame security forces’ failures in a country busy fighting two insurgences – Boko Haram in the north and militants in the oil-producing south.
The state’s governor Simon Lalong said work was under way “to secure the affected communities and fish out perpetrators of these crimes”.
“While we pray for God’s guidance through this difficult time, we will do everything humanly possible to secure our state immediately,” he said. 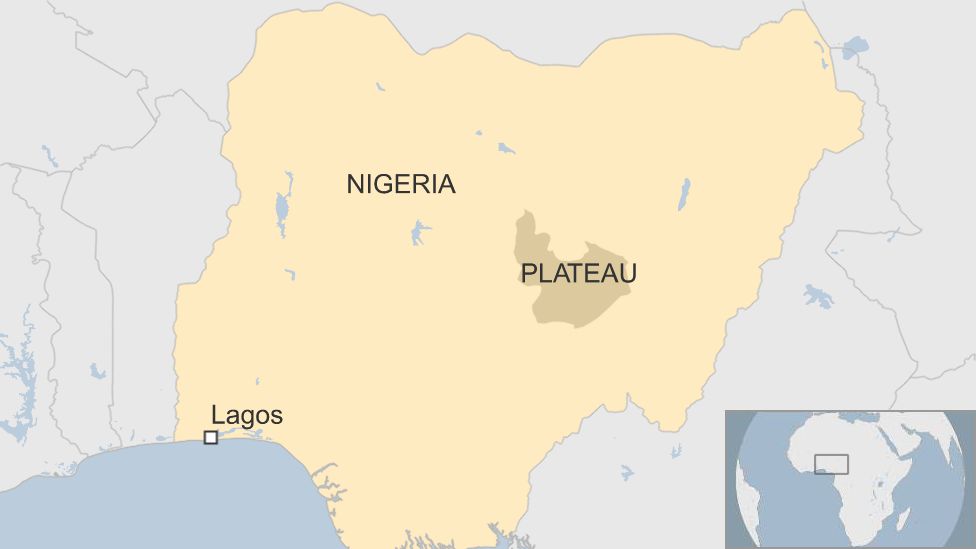 Nigeria’s President Muhammadu Buhari – himself a Fulani – is under increasing pressure to address the tensions ahead of elections in 2019.
In January he ordered the head of police to relocate to the country’s middle belt to manage clashes there.
Special forces were also deployed to the central states of Benue, Nasarawa and Taraba to “secure vulnerable communities and prevent further attacks”.

Who are the Fulani herdsmen?

They are believed to be the largest semi-nomadic group in the world, and are found across West and Central Africa – from Senegal to the Central African Republic.
In Nigeria, some continue to live as semi-nomadic herders, while other have moved to cities.
The nomadic groups spend most of their lives in the bush. (BBC)