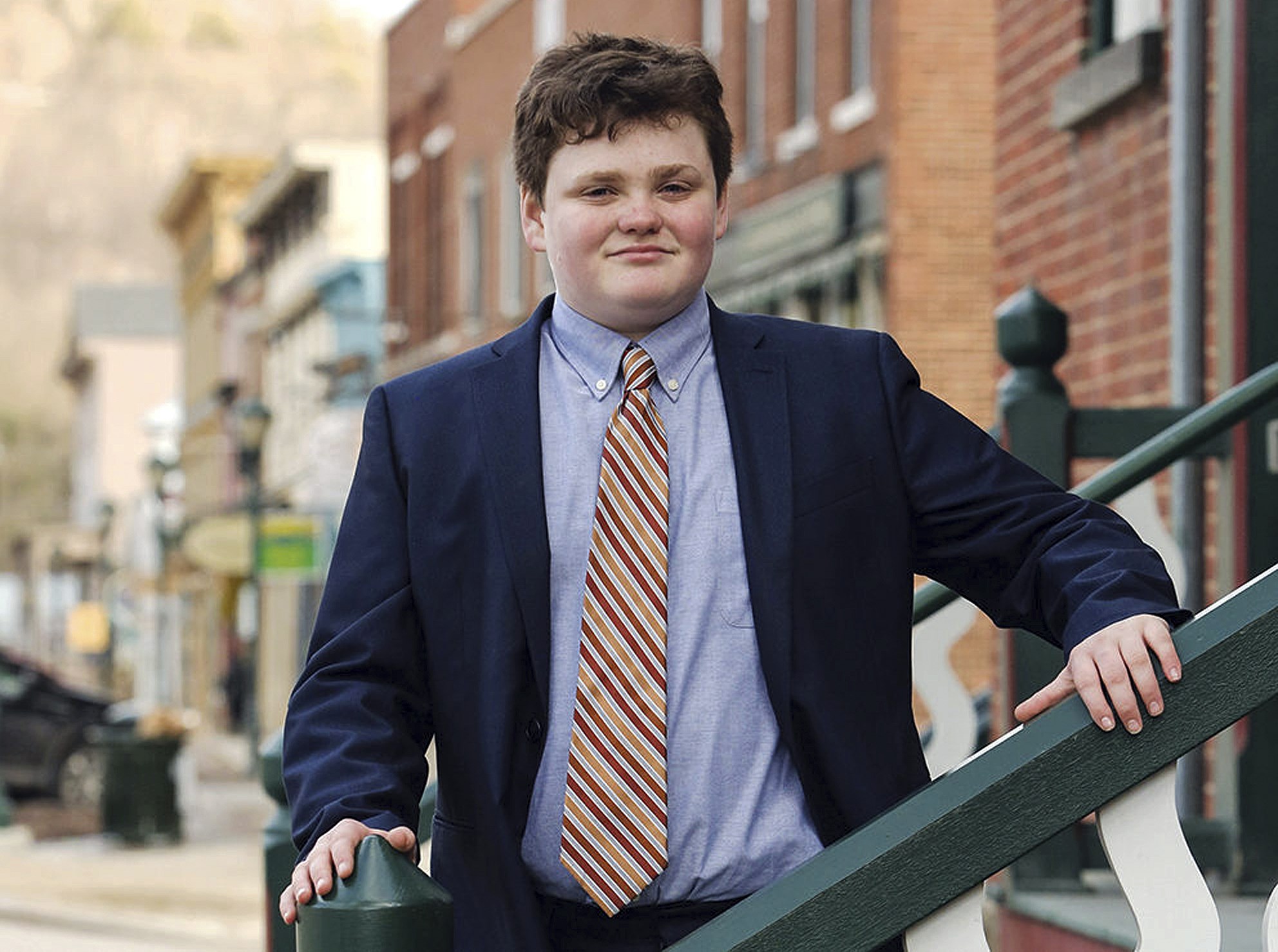 Ethan Sonneborn, of Bristol, Vermont, is one of the four Vermont Democrats seeking the party nomination to run for governor in the Aug. 14, 2018, primary election.Buzz Kuhns / Ethan 2018 Campaign via AP
14 year old Ethan Sonneborn seems to have found a loophole in the Vermont Constitution as it doesn’t have an age requirement for people seeking the state’s highest office.

While Ethan isn’t old enough to vote, drive and doesnt even meet the requirements to be on the primary ballot, he took his place with the state’s more age-appropriate candidates on the Tuesday primary ballot as he said in a recent televised gubernatorial forum;
“I think Vermonters should take me seriously because I have practical progressive ideas, and I happen to be 14, not the other way around, I think that my message and my platform transcend age.”

Sonneborn has also revealed that the inspiration to run comes from his frustration with the state and national politics. Once he learned he could run, he decided to do so.
What seems like an oversight by the state’s founders more than 225 years ago has encouraged the young teen to collect the necessary signatures needed to place him on the primary ballot as the requirement allows for people seeking the state’s highest office to have lived in the state for four years before the election so Sonneborn qualifies.

His July finance report shows Ethan has raised just over $1,700, not enough to make him competitive in a world where the successful candidates will undoubtedly have to spend hundreds of thousands of dollars, if not more, for ads, mailings, staff and other miscellaneous political expenses before the November general election.
Vermont is a state in the northeastern United States,
known for its natural landscape, which is primarily
forested. Part of the New England region, it’s also known
for being home to more than 100 19th-century covered
wooden bridges, and as a major producer of maple
syrup.