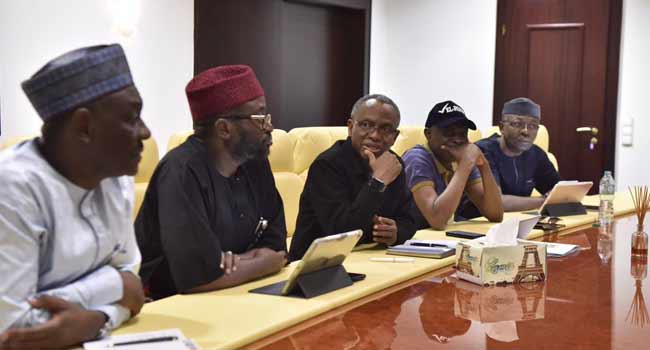 The Kaduna State Government has relaxed the 24-hour curfew starting from today.
The spokesman to the state government, Samuel Aruwan, made the announcement at the end of the Security Council meeting on Sunday.
He said residents are free to move around till 5 pm on Sunday while movement on Monday will be between 6 am and 5 pm daily.
The development comes after the state government on Saturday revealed that 32 people had been arrested for their alleged involvement in the disturbance of the state.
According to the state government, the suspects will be investigated and then prosecuted.
Mr Aruwan also noted that banks, schools, markets and other activities are expected to resume full activities from Monday and will operate within the stipulated period till further notice. 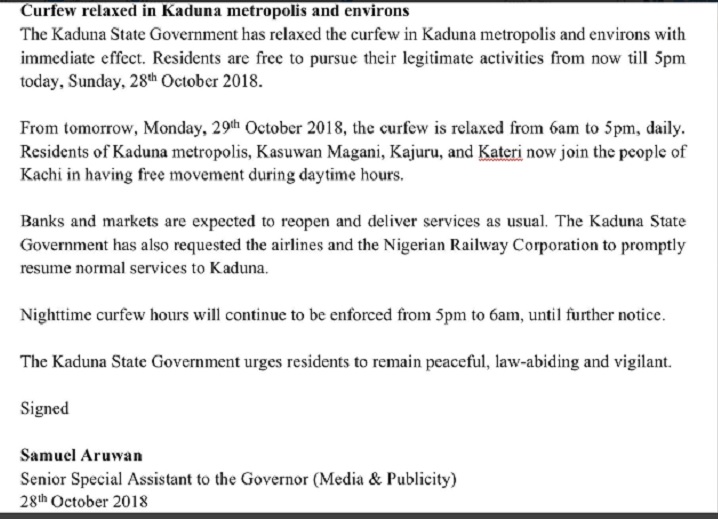