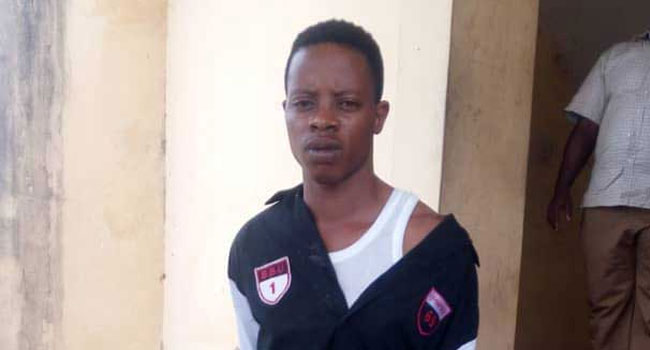 Sunday Anani
Police authorities have said that the 22-year-old Togolese cook accused of killing the Chairman of Credit Switch Technology, Mr. Opeyemi Bademosi at his home in Lagos has finally confessed to the crime.
A confessional statement released by the police stated that the suspect, Sunday Anani, admitted to killing Bademosi after a failed attempt to steal from him.
He also confessed to having allegedly stabbed his boss two times on the chest before fleeing the crime scene after which he was arrested in Akure, the Ondo state capital.
The police explained that a prima facie case of armed robbery and murder has been established against the suspect for stabbing Bademosi to death with a kitchen knife while attempting to steal from him.
Meanwhile, no date has been fixed for his arraignment as he is expected to be charged to court soon. (Channels)