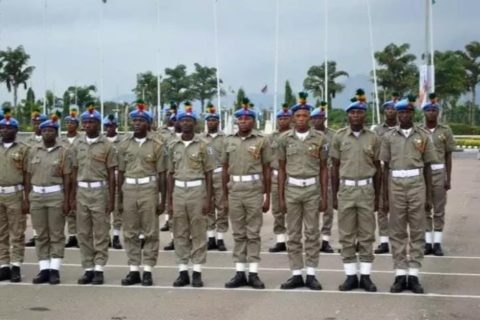 The House of Representatives, on Wednesday, unanimously passed a resolution to recommit the Nigerian Peace Corps (Establishment) Bill to the Committee of the Whole, for passage.

The Nigerian Peace Corps Bill, which was recently re-gazetted as HB. 17 was re-introduced and sponsored by the Chief Whip, Rt. Hon. Mohammed Tahir Monguno.

The reintroduced Bill passed First Reading in the House of Representatives July 3, 2019.

Leading a debate on the motion on Wednesday, Hon. Monguno said, the move to reconsider the Bill in the Committee of the Whole was in pursuant to Order 12, Rule 16 of the Standing Order of the House, which prescribed that, a Bill passed by the previous Assembly, “upon being re-gazetted or clean copies circulated, be reconsidered in the Committee of the Whole without being commenced de-novo”.

The Nigerian Peace Corps Bill, which was overwhelmingly passed by both Chambers of the 8th National Assembly, is to give statutory backing to the existing Peace Corps of Nigeria, with a core mandate to “Develop, Empower and provide gainful Employment for the youths, facilitate Peace, Volunteerism, Community Services, Neighbourhood watch and Nation-building; and for other Related Matters”.

While reacting to the re-introduction of the Bill, National Commandant, Peace Corps of Nigeria, Dr Dickson Akoh, on behalf of the Organisation, expressed his gratitude to the Honourable Speaker, Rt. Hon. Femi Gbajabiamila and the entire Members of the House of Representatives, for the decision to revisit the Bill.

Dr Akoh who spoke to our reporter on phone, urged members of the organisation to be patient and remain steadfast, as he is very optimistic that the Bill will see the light of the day this time around.

He said the main reservation raised by President Muhammad Buhari in withholding assent to the Bill has been adequately addressed.

The Bill shall be passed in the next legislative attempt, after clause-by-clause considerations at the Committee of the Whole.