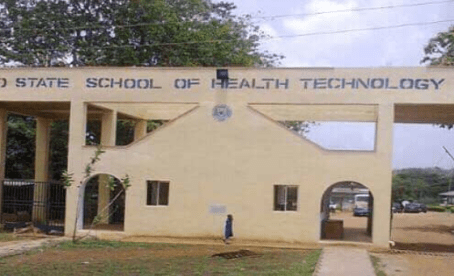 The suspects are; Aderoboye Damilola, Eyitayo Charles and Blessing Michael.

The three suspects were said to have committed the crime at the residence of the girl’s boyfriend on Tuesday last week.

A source at the institution who spoke on condition of anonymity said the victim was waiting for her boyfriend who was said to be away when the suspects broke into the house.

He said the boyfriend house was not far from the institution at Oda road area of the state capital.

”The lady (victim) went to visit her boyfriend in the late evening on Wednesday but she did not meet the boyfriend at home but she met another boy who is a friend to her boyfriend.

”So she decided to wait for him (boyfriend) . Suddenly, the three boys (suspects) entered into the room with dangerous weapons and asked the boy they met inside to have sex with the lady but he refused. It was after that they gang-raped the lady,” the source said.

The source told our Correspondent that the three suspects had been rusticated from the school following the recommendation by the committee set up to look into the incident last week.

It was gathered that the case had been transferred to the Criminal Investigation Department of the command for investigation.