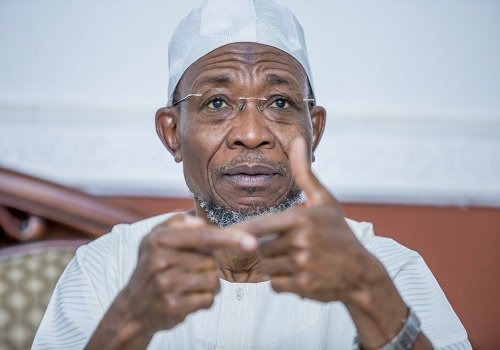 Former Osun State Governor and minister-designate, Raul Aregbesola, on Wednesday said the country has remained stagnant due to the free money it has been living on.

He urged Nigerians to be productive and stop living beyond their means.

The All Progressives Congress (APC) chieftain spoke in Lagos at the launch of a book written by former Lagos State House of Assembly member, Olusegun Olulade.

Aregbesola said it was time to change the narrative, especially among youths, who he advised to look inwards for what they can do for the country.

The book, titled: Eleniyan Perspectives, examines the impact of political leadership in the face of dwindling economy.

The minister-designate, who was the chairman of the event and guest lecturer, noted that the bane of the country’s underdevelopment was due to the mismanagement of abundant opportunities.

He said some youths preferred the easy way to wealth, adding that this is responsible for the recurrent cases of kidnapping, robbery and other deviant acts in the land.

Aregbesola observed that many people fail to plan what they want to achieve while others even spend beyond their income.

“You have to improve yourself. As you do this, you must consider your environment because your environment plays a key role in this. And in doing this, education becomes the most important factor that should be considered.

“The world is driven by knowledge and those who do not follow this path will be drifted away. It has become imperative for the public and private sectors to embrace this model and ensure that education is given the support it deserves,” Aregbesola said.