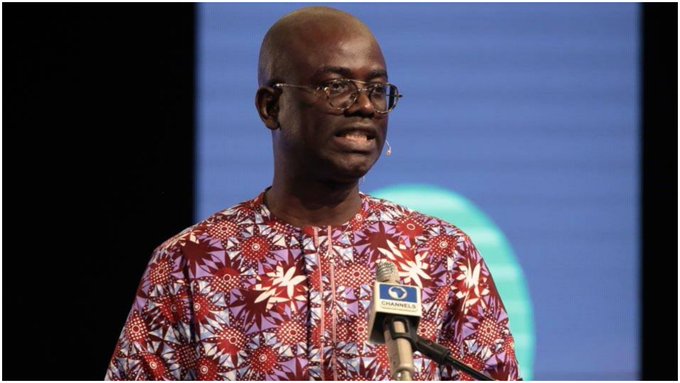 Olusegun Adeniyi, a former Special Adviser on Media and Publicity to the late President Umaru Musa Yar’Adua, has been admitted into the Honorary Fellowship of the Nigerian Academy of Letters.

The letter conveying the development by Prof. Ayobami Kehinde, the NAL’s Secretary, it stated that: “On behalf of the President of NAL, Prof. Francis Egbokhare, FNAL, it is with very great delight that I write to congratulate you on your admission into the Honorary Fellowship of the Nigerian Academy of Letters (NAL). This followed your election on Wednesday, 29 May, 2019 by the Executive Committee of the Nigerian Academy of Letters (NAL) in recognition of your contributions to knowledge in the field of humanities, as well as your outstanding contributions to national development and exemplary character.

“The investiture of the new Fellows will take place today Thursday, 8th August, 2019, in the J.F. Ade Ajayi Auditorium of the University of Lagos. The time is 11.00 a.m.

Adeniyi who chairs the Editorial Board of THISDAY newspaper holds bachelor’s degree in International Relations from Obafemi Awolowo University, Ile-Ife, and a Masters in International Law and Diplomacy (MILD) from the University of Lagos in 1997; and started his journalism career with ‘The Guardian’ newspaper of Nigeria about 29 years ago.

He has written extensively on topical issues and published seminal books on national and international issues.

Notable among his publications are: The Last 100 Days of Abacha; Abiola’s Travails; Fortress on Quicksand; POLITRICKS: National Assembly under Military Dictatorship; Power, Politics and Death: A front-row account of Nigeria under the late President Yar’Adua; Against The Run of Play: How an incumbent president was defeated in Nigeria; and From Frying Pan to Fire: How African Migrants Risk Everything in their Futile Search for a Better Life in Europe.

The Nigerian Academy of Letters is the apex body of arts and literature in Nigeria; which is autonomous, scholarly and non-political in its advancement of scholarship and public interest in the country.