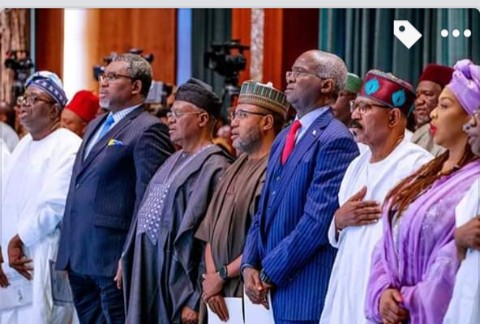 The Federal Executive Council (FEC) on Wednesday in Abuja approved N15.7 billion for the completion of work on Suleja-Minna-Labata road in Niger State and Ibadan-Lagere-Ilesa bye-pass road linking Oyo and Osun states.

The Minister of Works and Housing, Mr Babatunde Fashola, disclosed this when he briefed State House Correspondents on the outcome of the Council meeting which was presided over by President Muhammadu Buhari.

He said: “Two contracts were approved. The first one is the Ibadan-Lagere-Ilesa, 22 kilometers, the contract was first awarded in 2010, without budgetary funding and the rates have become obsolete so the contractor wants new rates and that has necessitated a revision of the rates by N3.165 billion and that means the old contract price of N6.7 billion has now moved to N9.8 billion.

“So, the contractor is now saying he cannot continue that way because those rates are unsustainable.

“So, we recommended that the revised rates be considered and the Federal Executive Council approved that. Now it’s a revision by an addition of N12.6 billion so the contract sum now moves from N23.6 to N36.2 billion.’’

He revealed that the approvals were given in line with government’s desire and determination to focus on projects that can be completed rather than just starting new projects.

Fashola maintained that the projects were consistent with the realities of economic rates, market price indices for road inputs like cement iron rods and diesel among others.(NAN)