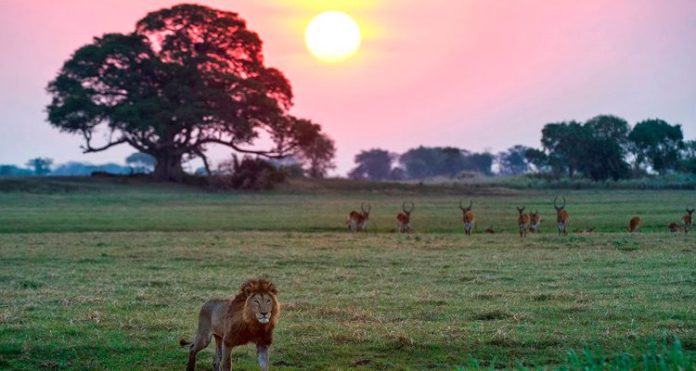 International wildlife charity Born Free is delighted to announce that local communities in Zambia have prevented the capture of wild animals from South Luangwa National Park, and their transfer to private game ranches where they would most likely become victims of trophy hunts.

In a recent letter exposed on social media1, Zambia’s former Minister of Tourism and Arts Dr Charles Banda gave permission for the capture of 35 buffalo in South Luangwa National Park, and their transfer to Mbizi Safaris Ltd., a hunting operator with a game ranch in Zambia’s Luangwa Valley. While the letter specified that the animals will remain State property, it also indicated that Mbizi can ‘harvest them on quota upon payment of hunting fees’, indicating that these animals were destined to be targeted by trophy hunters. Similar wildlife captures from Kafue National Park have also drawn heavy criticism.2

However, local community members living in the Lupande Game Management Area launched a protest on 23rd September in the Luangwa Valley settlement of Mfuwe, during which they blocked the road to prevent trucks taking animals out of the National Park. As a result, on the following day the current Minister Ronald Chitotela announced a temporary cessation of some of the game capture permits3, and the empty trucks left the area under a police escort.

“To see the local community coming together to prevent these captures is very heartening, and comes hot on the heels of the withdrawal of local community support throughout Zambia for trophy hunting, following the consistent failure of payment of profit shares due to the community through Community Resources Boards.4 This is a great example of local people exercising their power to defend their rights and their heritage, at considerable personal risk.”

The Mambwe Town Council Chairperson explained that the people of Mambwe were unhappy because they had not been consulted on the removal of the animals from the park.

Community Resources Boards and local chiefs in Zambia’s Luangwa Valley had already expressed their opposition to the game captures in a letter to Zambia’s President Dr Edgar Lungu dated 19th September which was also published online5. The removal of animals from populations that may already be subject to hunting quotas so they can be killed somewhere else, also reduces the pool of animals to which the original quota applies, making the quota offtake even less likely to be sustainable.

The game capture permits expire on 30th September, so it seems that, for this year at least, local action has brought an end to the captures.

“The movement of live wild animals from State to private lands, or their transfer between areas, is often dressed up as a ‘restocking’ of depleted areas measure adopted for conservation purposes. In reality, it is all too often nothing to do with conservation, and everything to do with hiding poor game management practices and increasing the profits of hunting companies. The fact that hunting outfitters in Zambia are turning to National Parks and other game areas to source animals for their trophy hunting clients brings into question the management and sustainability of the game ranches themselves. The Zambian Government is effectively trying to sell off the country’s natural heritage to line a few people’s pockets. We applaud local community representatives for publicly opposing the captures and urge the Zambian authorities to listen to them and bring this disastrous policy to a permanent end.”

“Across Zambia, communities – represented by their leaders and by Community Resources Boards – are protesting at the cynical exercise of power between foreign trophy hunters, outfitters, officials and other players, profiting at the expense of Zambian people and their wildlife. Everyone has had enough and Born Free is among those working hard to bring forward alternative and positive enterprise and investment. We can get away from this nonsense, by working together and calling this corruption out for what it is.”