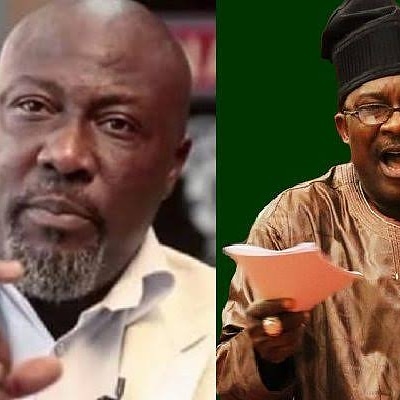 The Peoples Democratic Party (PDP) candidate for Kogi West Senatorial election, Senator Dino Melaye, has called for the postponement of the supplementary election scheduled for November 30.

Melaye addressed reporters at the headquarters of the Independent National Electoral Commission (INEC) in Abuja, where he submitted another petition on the election.

The senator urged INEC to postpone the election until it would be able to address what he called “noticeable infractions” in the November 16 election and concerns over areas the supplementary election would be held.

Melaye, on November 20, submitted a petition, calling for total cancellation of the election, to which he attached 21 video CDs and other documentary evidence to prove that there was no election in the senatorial district.

The senator said he was at INEC office because he had not got a reply to his earlier petition, adding that there was also no public announcement that a panel was set up to investigate the issues he raised in the petition.

Melaye also said he submitted additional facts to those in his earlier petition, which, according to him, were unknown to INEC Chairman Prof. Mahmood Yakubu.

“What is new in what we have submitted today is that we have attached a copy of form EC8B of Ward A in Lokoja Local Government Area, where INEC, during collation, had cancelled results of nine out of 23 polling units in the local government area,” he said.

The senator added that results were cancelled in other polling units during collation, including Abugi, Ole and other places.

According to him, these were not captured among the areas where INEC said the supplementary poll would take place on November 30.

“What we are saying is: how can INEC cancel these polling units during collation process and they will not be captured in places where rerun will take place?

“We believe this is an aberration, and the INEC chairman cannot know about it and allow it to stay,” he said.

Melaye said there were also lots of places where elections were supposed to have been cancelled by INEC, but which were not.

These, he said, included Lokogoma and Adanko in Lokoja, where he said three people were killed during the November 16 election.

“Unfortunately, results were returned in those places. We are saying that INEC must be neutral and cancel elections in areas where there were violence,” he said.

Another infraction the senator cited was that in Koko Quarters of Aiyetoro-Gbede Ward 1 in Ijumu Local Government Area, the election was peaceful, result collated, declared and won by the PDP but had been included among areas the supplementary would take place on Saturday.