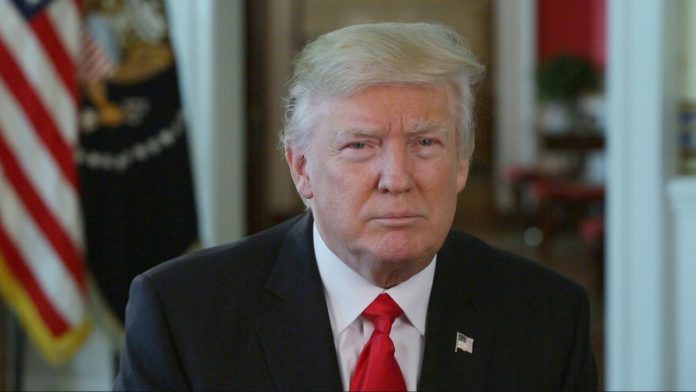 US President, Donald Trump has been impeached for abuse of power, AFP reports.

In a historic vote in the House of Representatives on Wednesday, by a 230 to 197 vote in the Democratic-majority House, the 45th US president becomes just the third occupant of the White House in American history to be impeached.

Others that have been impeached are former US Presidents, Andrew Johnson (1860-1865) and Bill Clinton in 1996.

Democrats said they had “no choice” but to formally charge the Republican president, whose impeachment along stark party lines places an indelible stain on his record while driving a spike ever deeper into the US political divide.

READ ALSO: Trump’s Son-In-Law May Get US Chief Of Staff Slot – Report

“What is at risk here is the very idea of America,” said Adam Schiff, the lawmaker who headed the impeachment inquiry, ahead of the vote.

Trump will now stand trial in the Senate, where his Republicans hold a solid majority and are expected to exonerate him.

US Speaker Nancy Pelosi presides over Resolution 755, Articles of Impeachment Against President Donald J. Trump at the US Capitol in Washington, DC, on December 18, 2019. SAUL LOEB / AFP

After a marathon of 10 hours of debate, lawmakers were to vote quickly on the second article of impeachment facing Trump — for obstructing the congressional probe into his Ukraine dealings by blocking the testimony of subpoenaed White House aides.

Despite testimony from 17 officials that Trump leveraged his office for domestic politic gain, the president maintained his innocence throughout the impeachment inquiry — furiously denouncing it as a “witch hunt,” an “attempted coup” and on Wednesday as an “assault on America.”