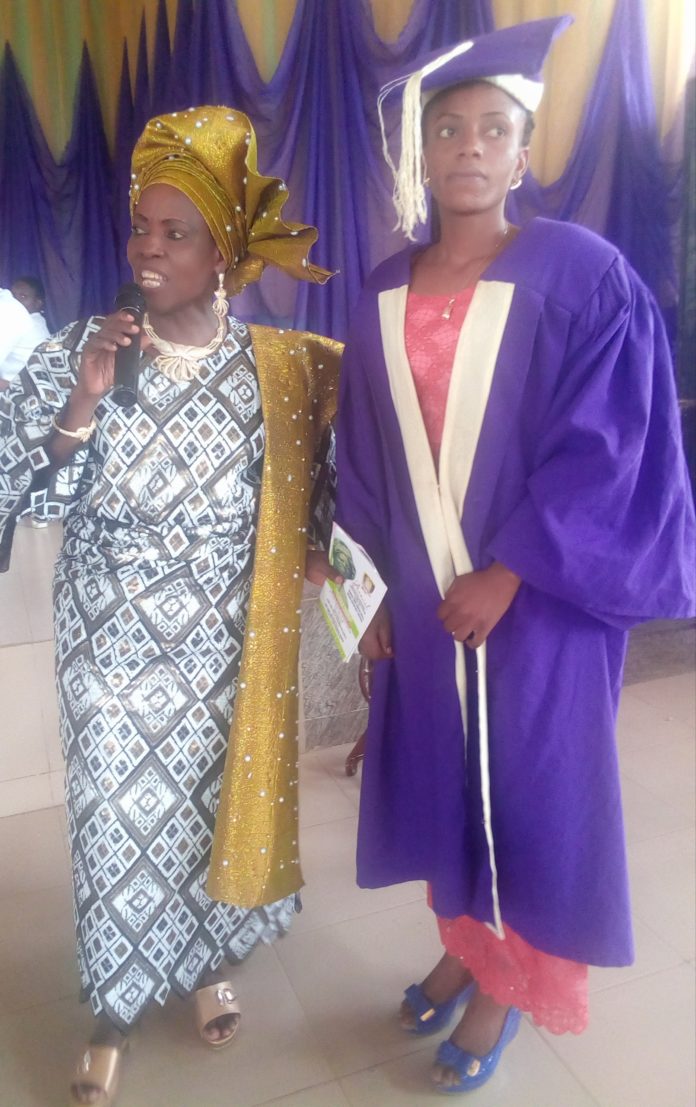 The former head of service in Ondo state, Kosemani Kolawole has narrated how her
late mother, Chief Felicia Olojuola Fagbemi did everything to ensure she got
educated to University education.

Mrs Kolawole who disclosed this at this year’s graduation, equipment assistance
and scholarship award organised by Women and Youth Well-being Advocacy (WYWA)
programme noted that 27 people benefited from the empowerment.

She said the empowerment programme was initiated to celebrate her mother’s care
and sacrifice which ensured that she got qualitative education.

“To God be the Glory. I bless the name of the Lord for my late mother though
I was the only child, she took a lot of interest in me.

“She played a vital role in my education because at that time girls are not
being sponsored to School.

“She took loan to sponsor my education, repaying it at one shilling pounds per
month.

“At the end of the day, I got Akure Local Government scholarship which I later
used to pay for my HSC at Oyemekun Grammar School before going to Obafemi
Awolowo University where I became a national student.

“If not for my mother, I wouldn’t have gone to secondary school at all, this is
why every year, I give out scholarship in her name to girls who are indigent
and at the same time unemployed youths.

“No doubt, I will continue to do this for the rest of my life.

The former head of service said the sales of forms for the vocational training
at the centre is free and could be obtained in Oba-ile particularly at the
King’s palace, Church, Mosque, Alayere, Bolorunduro, Ago-Ireti, St Lukes,
Mountain of Fire and other centres in Akure metropolis.

She advised new intakes of the programme to take it seriously and ensure they
finished the training on time.

According to her, people from the North, East and other Southwest states have
been coming to enrol on the training.

The 27 people empowered were trained in Fashion Design, Baking and Decoration,
Shoe and Bag making, Monogram and Photography.

Others were trained in Barbing, Tiling, Hair dressing and were all empowered
with tools after graduation.