The lawmaker representing Akoko southeast and southwest federal constituency in the National Assembly, Hon. Ade Adeogun has reassured his constituents on his commitment towards giving them quality representation and ensuring that they get the dividends of democracy and feel the positive impact of government at the federal level.

The town hall meetings were attended by stakeholders in the constituency as all strata the federal constituency, including representatives of other political parties robbed minds with their lawmaker and presented their needs.

According to the Olisua of Isua, Oba Adesunloye oyolola, the interface is the first of its kind, he appreciated the gesture and pledged his support for the federal lawmaker.
His words:

“This is the first type of town hall meeting we are having in the constituency since the inception of this political era and we are all happy to be party of it, you can see our people trooping in as a show of their endorsement of Adeogun’s leadership style.”

At the Oka meeting, constituents in thousands from akoko South West also gathered to engage their national assembly representative.

The olubaka of oka land, oba Adebori adeleye, the asiwaju of oka land, bashorun Seinde Arogbofa, other traditional rulers and stakeholders engaged the federal lawmaker on issues of infrastructure, human capital development, and security in the federal constituency.

The Olubaka of Oka Akoko, who spoke to journalists on behalf of other traditional rulers appreciated the respect Adeogun has for his people, while adding that a meeting like that had not happened for a very long to in the constituency.

Adeogun promised to work on the Feedbacks and sought their understanding as they collectively take the federal constituency to enviable heights.

“I promise them that their voices will be heard, the people in Abuja will know that there’s a place called Akoko (Akoko southwest southeast federal constituency), when we have issues here, I will scream if I need to scream, shout when I have to, and network when it’s needful. Whatever it will take to get what belongs to our to them, we will do. We were elected to serve, and we shall serve in the People’s interest. ” he said.

Other stakeholders at the events including Party leaders, student leaders, opinion leaders and interest groups all took turns to shower encomium on Adeogun for the innovative ideas he has brought into federal legislation in tandem with the collective interest of the constituency. 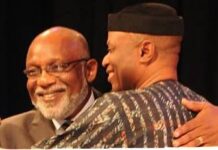 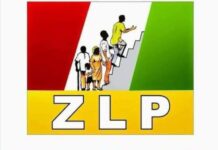 Defection Of Our Members To APC Is A Mere Propaganda – ZLP 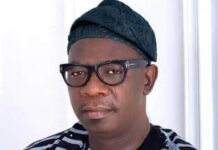 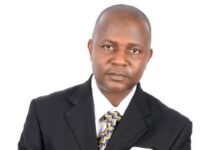 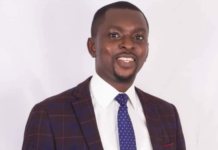 Defection Of Our Members To APC Is A Mere Propaganda –...