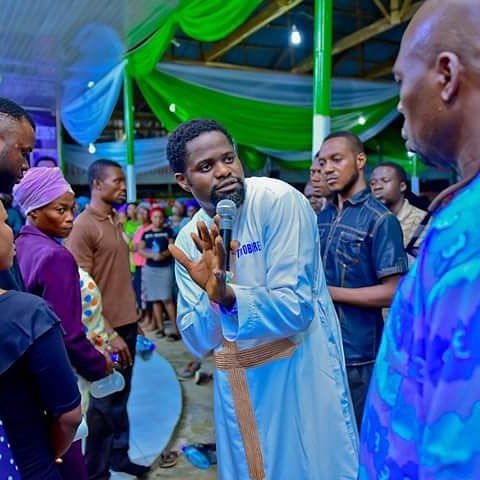 The Founder of Sotitobire Miracle Centre, ‘Prophet’ Babatunde Alfa is has reportedly turned down festive foods and fell sick throughout the Christmas and New year celebrations at Olokuta Correctional facility (prisons) in Akure.

The clergyman was remanded by an Ondo state Magistrate court sitting at Oke-Eda Akure two weeks ago over the missing of one year old boy, Gold Kolawole in his church since November 10, 2019.

According to SUNSHINETRUTH, the Prophet also collapsed more than three times in the last one week inside the prison and rushed to the Prisons Clinic for medical attention.

It was also learnt that his beard had been shaved and hair cut by the prisons officials.

One of the officials said “yes it is true that he is feeling sick always since he got to our place, he has even collapsed more than three times but our medical people had attended to him.”

“He has been wearing a mourning look since he came here and you know we will need to shave his head and beard, which we have done. I was aware he didn’t eat on Christmas and new year celebration days, the reasons I don’t know, but it’s true (that he has not been eating), said the source who preferred to speak anonymously.