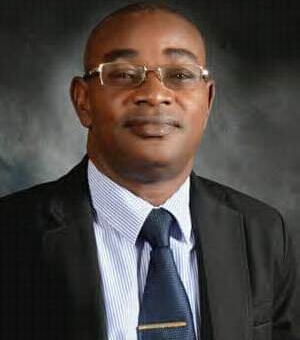 Governor Oluwarotimi Akeredolu has approved the appointment of Dr. Woleola Julius Ekundayo as the Registrar of the University of Medical Science, (UNIMED), Ondo,Ondo State.

Dr Ekundayo replaces Mr Adeyinka Adekalu who has been on acting capacity at the University in the last two years.

He obtained the Doctor of Philosophy (PhD) degree in Political Science with specialization in Public Administration from the Babcock
University, Ilishan-Remo, Ogun State, Nigeria in 2016.

Dr Ekundayo joined the Nigerian University system at the then Ondo State University, Ado-Ekiti as
Administrative Officer II in 1987, rising to the post of Assistant Registrar in the same University in 1993.

Until his appointment as the substantive Registrar of the University of Medical Sciences, he has been one of the senior officers at the NOUN, serving variously as the Coordinator of the MPA and MSc
programs of the University as well as the Acting Director of the WUSE II Study Centre.

A highly experienced, disciplined and seasoned administrator, Dr Ekundayo is a member and fellow of
several professional organizations, including membership of the Association of Nigerian Universities
Professional Administrators, and Fellow of the Institute of Public Diplomacy and Management.

He has several published articles and international peer review journals and has attended training courses and
conferences in South Africa, Hong Kong, India, Canada, the UK, Israel and the Hague.

A statement from the University Public Relations department welcomes him as its second substantive Registrar, and wishes him success as he assumes office.