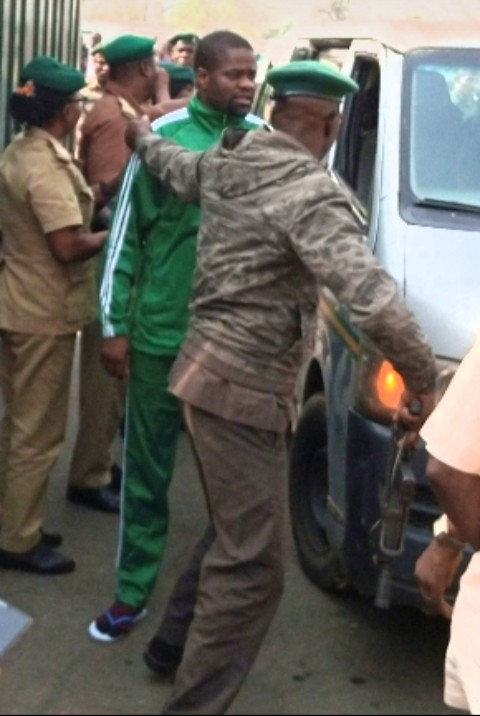 As the case of ‘prophet’ Babatunde Alfa of Sotitobire miracle centre Akure, resumes today, Journalists at the Court 2 of the Oke-Eda were chased out of the court by Magistrate Charity Adeyanju.

It all began like a Drama in the courtroom on Friday, when the Police Prosecutor, Inspector Uloh Goodluck who was attached to the court ordered the already seated Journalists to vacate their seats without any cogent reason.

The Journalists however argued that the prosecutor lacked such power,
but Inspector Goodluck approach Magistrate Adeyanju in her chamber to convince her on his earlier stance.

Shortly after journalists left the courtroom, Prophet Babatunde was brought into the court premises alongside six workers of his church amidst heavy security at exactly 9:27 am.

The Magistrate who gave no reason for her action against the journalists ordered that Prophet Babatunde should remain at the Olokuta Correctional Facility till February 5, 2020, pending the hearing of the legal advise from the Directorate of Public Prosecution (DPP).

With the Magistrate’s order, Prophet Alfa will continue to be in detention of Olokuta Correctional Service facility in Akure pending the issuance of hearing notice.

It would be recalled that Prophet Babatunde is currently standing trial for allegedly kidnapping a one-year-old boy, Gold Kolawole in his church on November 10, 2019, which led to his remand on December 23, 2019, at the Correctional Facility.

He was charged alongside six others on six counts of felony, conspiracy, and kidnapping.