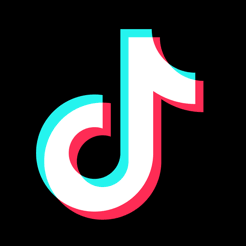 President Donald Trump says he would be taking action to ban TikTok, a China-owned video app, from the United States, citing concerns relating to data collection.

According to Bloomberg, Trump, who spoke to reporters on Friday, said he has the authority to do so through an executive order or under the International Emergency Economic Powers Act.

He said he was doing it to secure a deal seeking to have the United State take over the American operations of the app, which allows users to film short videos of themselves accompanied by music.

“As far as TikTok is concerned, we’re banning them from the US. Soon, immediately. I mean essentially immediately. Well, I have that authority. I will sign the document tomorrow,” he said.

“TikTok US user data is stored in the US, with strict controls on employee access. TikTok’s biggest investors come from the US. We’re committed to protecting our users’ privacy and safety,” it said.

Trump’s move comes days after Mark Meadows, his chief of staff, had noted that administration officials were looking at the national security risk as it relates to TikTok, WeChat, and other apps.

He had also noted that the scrutiny was specific to which of these had the potential for national security exposure as it relates to the gathering of data on American citizens by a foreign adversary.