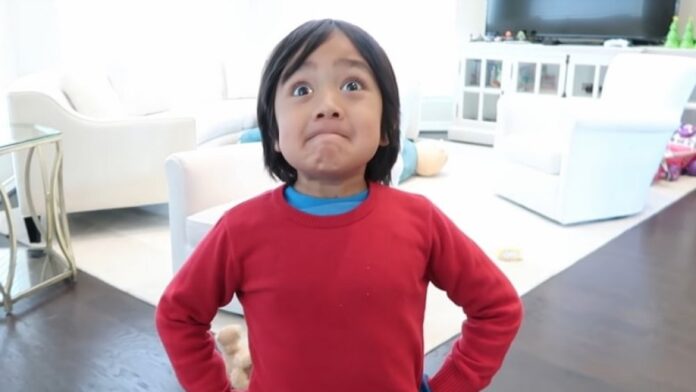 A nine-year-old boy from Texas, in the United States, Ryan Kaji has emerged the highest-paid YouTuber of 2020.

The list, released on Friday by Forbes, showed that the talented kid raked in an estimated $29.5 million in pre-tax earnings from June 1, 2019 to June 1, 2020 from Ryan’s World, his YouTube channel.

“The bulk of his business comes from licensing deals for more than 5,000 Ryan’s World products—everything from bedroom decor and action figures to masks and walkie talkies,” the magazine said.

Raji, christened “child influencer”, kickstarted his foray into making YouTube videos in 2015 after watching other toy review channels — a development which piqued his curiosity.

His YouTube channel — which focuses on “unboxing” and reviewing toys and games — has continued to pull the strings since it was launched. Ryan’s World has 41.7 million subscribers and over 12.2 billion views.

‘Huge Surprise Toys Challenge’, Kaji’s most popular video, has also snagged over two billion views — making it one of the most-viewed videos on YouTube.

This makes it the third consecutive time Kaji would emerge the highest-paid YouTuber of the year.

The Guardian UK reports that the nine-year-old and his family, however, are grappling with a threat from the US Federal Trade Commission (FTC) investigation amid allegations that videos’ sponsors are not properly disclosed.

“Nearly 9% of the Ryan ToysReview videos have included at least one paid product recommendation aimed at preschoolers, a group too young to distinguish between a commercial and a review,” it quoted Truth In Advertising, a consumer watchdog, as saying in a complaint.

Below is a list of highest-earning YouTubers in 2020, according to Forbes: