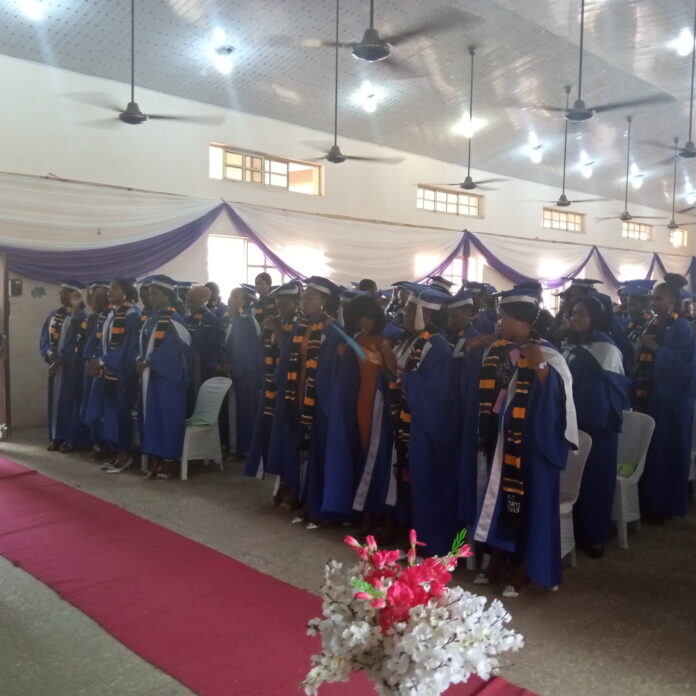 The Precision NG reports that 74 of the students graduated with Bachelor of Nursing Science, while One with a postgraduate in Nursing.

The Secretary General and Registrar of the Nursing and Midwifery council, Alhaji Farouk Umar Abubakar while inducting the students urged them to be the face of the profession wherever they meet themselves.

Also, the President of University Graduates of Nursing Science Association, UGONSA, Chief S.E.O. Egwuene, represented by Mr Opeyemi Ojo presented awards in honour of Nurse Justina Ejelonu who died of Ebola Virus in 2014, to Two outstanding students of the University.

Earlier, the Head of Department of Nursing, Mrs Jokotade Jemilat Olarerin, said the students have been well groomed for the nursing profession, adding that the best in the profession have been the ones teaching them in the last five years.

The Vice Chancellor (VC), Prof. Samuel Aje in his remarks, admitted that the Department of Nursing Science in the University has brought pride to the school with great results to show for it.

Prof. Aje said the 2020 results of the students in the Nursing and Midwifery professional examinations show a high score of 93 and 100 percent respectively.