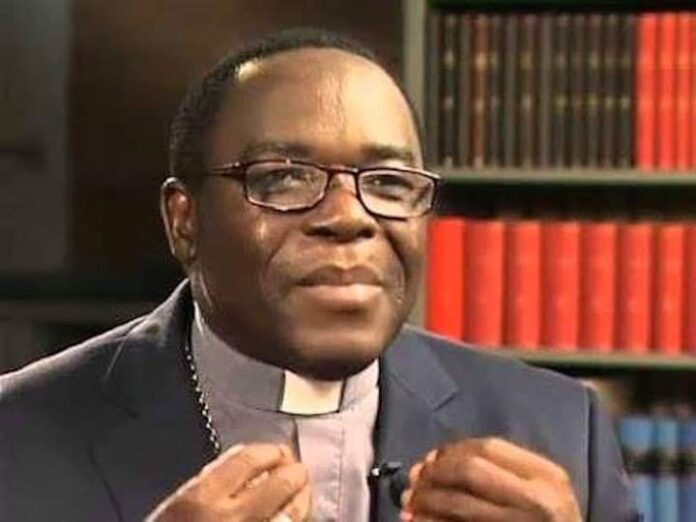 The Network for Democracy and Development (NDD) is shocked by Bishop Matthew Hassan Kukah’s display of religious bigotry and tacit call for coup and war in his last Christmas Message titled “A nation in search of vindication”.

According to Bishop Kukah, “Every honest Nigerian knows that there is no way any non-Northern Muslim President could have done a fraction of what President Buhari has done by his nepotism and gotten away with it. There would have been a military coup a long time ago or we would have been at war. The President may have concluded that Christians will do nothing and will live with these actions. He may be right and we Christians cannot feel sorry that we have no pool of violence to draw from or threaten our country. However, God does not sleep. We can see from the inexplicable dilemma of his North.”

Bishop Kukah did not speak extemporaneously; the message was a prepared address. The occasion was not just any event; it was the Day of Christmas. Thus, there was ample time for the Bishop to have weighed every of his words in the annual homily. His allusion to military coup and war as well as the insinuation that Muslims have a “pool of violence to draw from” are strange, disheartening and condemnable. Given Nigeria’s painful experience of violence, military coups and war, no Nigerian, especially a highly placed religious leader, would be expected to use those words flippantly.

Bishop Kukah is not just any religious leader. Having been entrusted with several sensitive national assignments since 1999, he is supposed to be a national asset and a bridge builder. He is expected to rise above primordial sentiments and be a soothing balm of Gilead in a divided and hurting nation. As a member of Oputa Panel on Human Rights Violations, Secretary of two National Political Conferences, Chairman of Ogoni-Shell Reconciliation, member of Electoral Reform Panel and member of National Peace Committee, Bishop Kukah belongs to a privileged class of Nigerians who should best appreciate the devastating effects of mutual mistrust and crises on Nigeria.

While NDD is worried about the state of insecurity in the country and condemns nepotism in its entirety, as this deviates from the minimum standards of ethical leadership and good governance, we, nonetheless, disagree with Bishop Kukah’s anti-Islam slant to the issues. On the charge of nepotism, the government can speak for itself.

NDD is equally concerned about Bishop Kukah’s pandering to partisanship since the advent of the Buhari administration. While we encourage religious leaders, as moral voices, to play greater roles in setting the nation in the right direction, open partisanship weakens their moral authority. In the instant case, it is sad that the once widely respected Bishop Kukah is now a regular subject of public controversy.

NDD cannot reconcile Bishop Kukah’s persona as a peace scholar and a promoter of inter-faith dialogue on one hand and his open contempt for Islam on the other. The last Christmas homily was just one of many public statements that revealed his anti-Islam sentiments. We are of the firm belief that Bishop Kukah’s continued use of the religious platform to spew whatever animosity that he may have against Islam, the so-called Northern hegemony and some political leaders is not healthy for Northern Nigeria and the nation as a whole.

All these put to question Bishop Kukah’s membership of the General Abdulsalami Abubakar-led National Peace Committee. His divisive public pronouncements no longer make him suitable as a national peace mediator and Secretary of the Committee. Thus, NDD urges Bishop Kukah to recuse himself from the activities of the Committee, as his continued membership may impair the neutrality of the Committee in promoting national stability in a multi-religious and multi-ethnic country like Nigeria.

Lastly, NDD calls on Bishop Kukah and religious leaders of all faith traditions to be alert to the possible consequences of their public statements. It would be a tragedy if moral voices become forces for hatred and division.