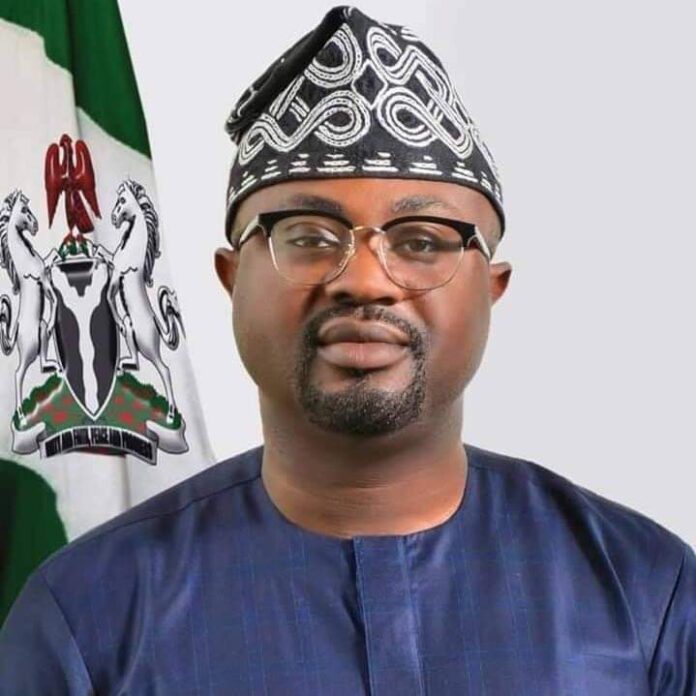 Hon. Olubunmi Tunji-Ojo has again brought development closer to the people as he distributed to women in his constituency cash and various items.

Tunji-Ojo (BTO) is representing Akoko Northwest and Northeast federal constituency in the House of Representatives.

The recent empowerment was targeted towards empowering market women in Akoko North East and North West. 100 women in both constituencies got the grant, while food items were also distributed them.

The women were full of thanks as they rendered songs of praises to the Lawmaker who had always made it his perchance for seeing to their welfare.

The Iya Alaje of Akoko Land, Alhaja Chief Mrs Muhammed Risikatu could not hide her excitement as she appreciated BTO for the gesture of love towards them.

She stated that the Lawmaker has always proven that he is a true son of the soil who will always go the extra mile to making his people happy.

Iya Alaje added that the donation would boost their businesses.

Earlier, Mr Ayodele Akinmulewo in his lecture titled, “Managing Money (Cash Flow)” stated that it’s important for women to be more intentional about their business ventures.

According to him, “when it comes to your businesses, do not leave it to fate, be strategic in your plannings, take note of what comes in and what goes out. When you keep a good record of your transactions, it helps your businesses to grow and thrive well.”

He also added that the market women must learn to make not just proactive measures but also profitable ones to help them use their capital well and sustain their markets.
Tunji-Ojo who is also the Chairman, House Committee on NDDC in his message to the women thanked them for their continual support and vowed never to undermine the significance and importance of the women.

He added that this is not the end to the empowerment as he plans to see to its continuation.

While pledging to do more for his people, he also wished them a joyous Christmas celebration even as they all look towards the new year.