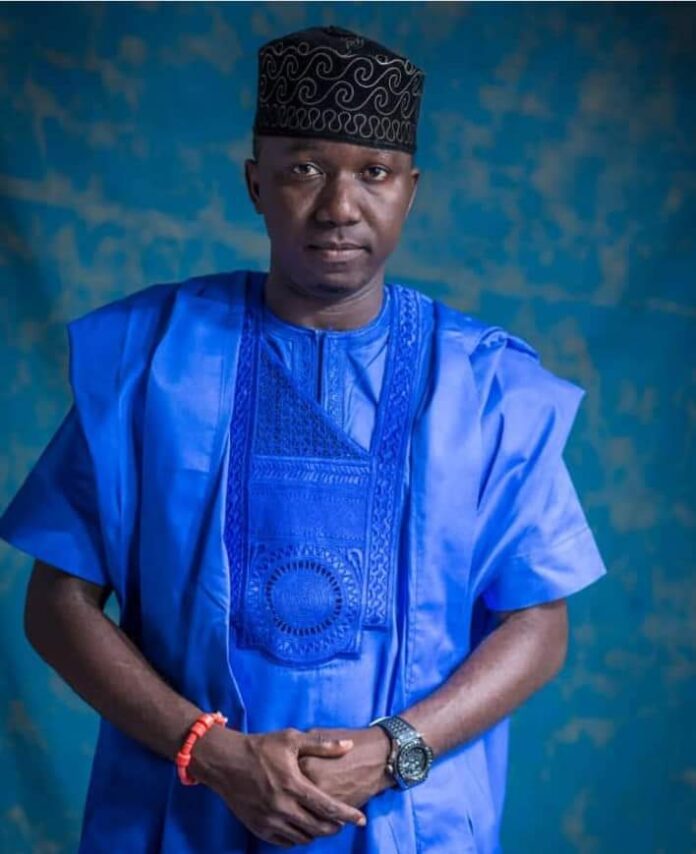 It was one of those usual nights of surfing the internet to catch up with global events and get some relief from the routine of the day’s job; Instagram and YouTube always come handy. That night, I stumbled on Sola Allyson’s ministration at MASS 5.0 concert in Ibadan. “Oh, what a good one to end the night,” I muttered, as I adjusted myself on bed, ready to be transported into the heavenlies for the about 30 minutes duration of the song.

However, shivers went down my spine hearing the compere who introduced her to come mount the stage “MASS, Are You Ready!!!” The compere was no other person than my beloved late friend, Oluwafemi Stephen Sotonwa alias Steve To Sweet. My spirit became low and I immediately lost enthusiasm.

“Death you are cruel,” I said to myself as I recalled the moments surrounding Steve’s transition to the world beyond.

Flash back to the evening of December 22, 2019 when I got to know my friend had been involved in an accident. I hastily tried his two phone numbers. One was switched off, while the other rang several times before someone picked… “Hello Steve where you dey? Wetin do you,” I struggled with my stammer as I tried to ask many questions in one breath. “Hello..Hello, Steve ko lo n soro oo (Steve is not the one on the line),” the male young voice on the other side of the phone calmly told me in Yoruba. He gave his location as somewhere close to Ijebu Ode and told me the owner was involved in a fatal accident.

My heart again skipped. “Ijebu Ode ke, where is he now,” again stammering. I bombarded him with many questions until I got a clearer picture that the accident happened on the Akure-Ondo road.

“We ran into the accident and he has been rushed to the hospital while I picked his phone because his people might want to reach him,” the young man added.

It was at the point I knew it was a long night and I needed to focus my energy on the whereabouts of my dear friend. I then put a call across to another friend, Adeolu Gboyega , who also confirmed that he and others were on the search.

After racking my head in my intense state of confusion, Arkbishop’s name propped up. “Yes, he is the best person to help track our friend,” I thought.

“Hello Olamide Ark’bishop Akinmolayan where you dey? Please Steve get accident for Ondo today and we need track him… Biko you need help us out,” I poured my mind to Arkbishop who was shocked with the sad news.

It was getting to about 10pm and the young man immediately left for the Trauma Center at the University of Medical Sciences Teaching Hospital Complex but was told Steve wasn’t there as those who were brought in with injuries had been discharged. Following another exchange of calls between the two of us, we decided he should visit the former General Hospital, now Ondo Annex of the University of Medical Sciences Teaching Hospital. In no time, he was already there, but could not find any trace of our dear friend.

Our fears became heightened when we confirmed that one person whose identity was yet to be ascertained actually died in the accident. Where then was Sweet Steve With my ardenaline already fired up and frequent visits to the toilet, I begged Ark’bishop to return to the Trauma Center to check again, while I started putting calls to all my contacts in the hospital.

It was already past 10pm. Again, Arkbishop gave a negative feedback having checked other wards asides the emergency. It was at this point I was forced to let out my fears. “Can you please go back to the General Hospital and check the morgue? At least, we need to know his whereabouts, dead or alive,” I quietly begged on the phone. It was getting to 11pm. Meanwhile, I had reached out to his wife – my sister, Nnenna – who was already in Lagos with the kids for the yuletide but had also got wind of the accident. She had also spoken to the man who picked his phone.

“Nne (as I fondly call her), calm down biko. Yes, he had accident but he is being attended to…I will keep updating you.” I did not spend much time on the phone with her so she would not notice the panic in my voice.

Upon arriving the morgue, at past 11pm, getting headway was also an herculean task as nobody could precisely describe his dressing on that black Sunday. Even minutes of back and forth conversation on the phone between myself and Arkbishop could not provide any lead. The morgue attendant was also not ready to open the facility because it was already late. With an obvious brickwall, we resigned to fate and postponed the search till the next day while Arkbishop returned home.

I had also informed my buddy, Ikugbonmire Joseph that fire was already burning on the mountain.

I then put a call to Adeolu who said two other friends, Egbon Ayokunle Ajisafe and Kabiesi TV, were already on the way to Ondo that night. In fact, precisely the morgue. Without wasting a second, I reached out to Egbon Ayo who said they just got to Ondo and promised to update me. Alas, I was torn between praying for a miracle and accepting reality as I laid on my son’s bed. “Steve where are you,” I soloquised. “God please help us…” All my strength was gone. I could not call again the duo in Ondo. The unusual feeling was all over me. Many thoughts struggled for the right place in my mind. If Steve was actually in the morgue, how do we tell Nne, his two kids and the whole world.”No! Never!! It must not happen.” I dozed off. In hours, I was awake, with no message on my phone giving an update. I knew the worst had happened. I put a call across to Egbon Ayo again. “Where is Steve?” with a trembling voice, I asked . “Shola see let’s meet at Iyeoma Plaza before 6am,” that was the only reply I got. Then my fears got heightened. My heart was beating too fast. My mind went to Adeolu who I was sure kept a vigil monitoring the movement of the late Ondo team.

In the next minute, I was on the phone with Adeolu and four words from him shattered me. “Shola, Steve is gone!” I screamed! Panted to and fro my son’s room where I sought respite. Many thoughts ran through my shattered mind. How do we tell the world this sad news? I immediately put a call to Joseph “Guy Steve is dead! meet me at my junction so we can go to Iyeoma together,” I immediately ended the call, with no obvious strength for more explanations.

I simply told my wife, “Steve had an accident, his status is still uncertain, we need go check him in the hospital this morning,” as I managed to conceal the tears in my eyes. With no strength to drive, I got a bike man who took me to my junction where Joseph was already waiting for me and in no time, we were at Iyeoma where we were joined by Adeolu Gboyega, Ayo Ajisafe, Kabiyesi TV, Adedoyin Nathaniel Agbaraoluwapo , Godday Igho
and another guy.

Ayo and Kabiyesi narrated to us how they got to Ondo in the dead of the night and insisted on accessing the morgue, where they finally confirmed Steve was the August visitor in the dreaded facility.

Understanding the status of Sweet Steve, our biggest challenge was how to ensure Nne does not see the news on social media. I had not also returned the call I promised her. We all decided to visit Ondo to tidy up things. I had also sent a message to my producer that I would not be able to come for my usual breakfast programme on TV with a promise to give him reasons later.

The team’s first point of call was the Mother and Child Hospital Akure to see a family friend and doctor of the Sotonwas, Dr Adeogun, who broke in tears on hearing the sad news. We however told him he needed to be strong for us since he was key in our breaking the news to the family. However, two key members of the family had been briefed and we needed them to be fast in breaking the news to his wife and immediate family members.

In no time, the team, in two cars, headed for Ondo and had a stopover at the accident scene, took pictures of Steve’s mangled car before we continued our sad journey to the morgue. On getting there, every member of the team, including Arkbishop, and some other guys who had joined us went in to confirm. They all came out weeping. I did not have the courage. I could not stand seeing my friend lifeless. We kept on telling Nne that Steve was at the ICU. What a sad day! Unfortunately, like the star that he was, with no hiding place, news was already out that Steve was involved in an accident.

Our phones began to ring…everybody wanted a yes or no answer but we kept our cool until we finally got the needed persons to go break the news to Nne and his Parents.

The onerous task of breaking the news at our workplace also fell on my shoulders. I immediately sent a message to the Top Management through my immediate bosses that Steve died in an accident.

A devastating news it was for the media group as I was told tears flowed freely, even the strong Man and CEO, Mr Kunle Adebayo was said to have cried like a baby. He also sent word that I should immediately join an Emergency Management meeting as soon as I arrive Akure.

We returned to Akure some hours later and was ushered straight to his office to brief the management the gory incident in the last 15 hours. It was indeed a day never to be forgotten.

The rest events are now history and my blood, Sweet Steve is gone forever.

My Dear friend was not a perfect human being but was ready to make amends once a lapse or wrongdoing was brought to his notice.

He really epitomized hard and smart work. From our first meeting in 2012 as co-young minds and pioneer staff of the Rave-Of-The-Moment Radio Station, Orange 94.5 FM, it’s been bond of companionship, brotherhood and camadarie.

Working together to stage the first edition of #LafftaUnplugged in 2013 was hell but Steve was undaunted in putting Ondo state on the global map of entertainment. Despite not having enough guests to fill Adegbemile Cultural center, venue of the event with antendant financial implications, He still wanted us to share the meager proceeds from the event until I said no. He was a giver and not intimidated by competitors in his field. He was ready to bring on board any entertainer I suggested despite knowing full well that I knew little about the entertainment industry.

Eje mi, I could go on having finally found my voice to speak about your shocking demise.

In all that have happened in the last 365 days, we are eternally grateful because GOD WILL STILL BE GOD! We have chosen to be strong for Nnenna Obasi Sotonwa, Modesire and Morayo because we are convinced the future is dazzlingly bright.

To my Guy who gave me ‘Sharpest Reporter’ Appellation, I finally found my voice to say Goodbye.