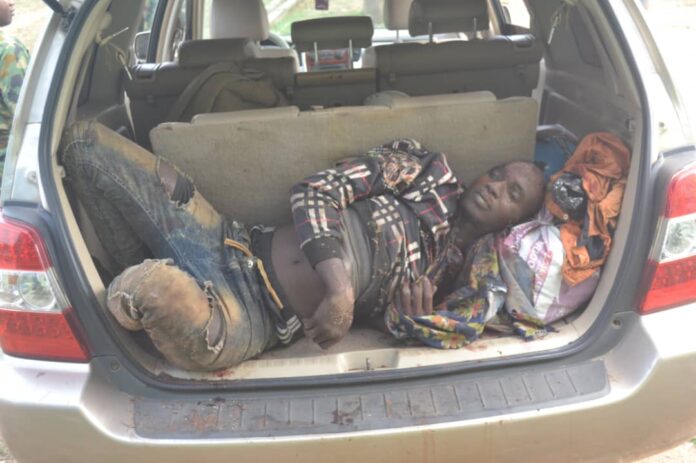 Troops of the 32 Artillery Brigade, Owena Barracks in Ondo state, with other security agencies on Wednesday killed one of the Six-men armed bandits who attempted to kidnap travelers along ibilo-Isua road in Igarra village.

A statement from the force said the troops were on patrol with other security agencies on the road where they encountered a group of armed bandits suspected to be kidnappers.

“The bandit attempted to kidnap three (3) travelers in a gold painted Toyota Highlander 2006 model with registration number AKD 55 GS. On sighting the troops, the kidnappers tired to engage the troops in a gun battle but were defeated due to troops fire power. This resulted to the killing of one of the kidnapper while others escaped into the forest with varying degrees of gunshot wounds.

The statement added that three (3) of the kidnapped victims were rescued during the operation.

“Items recovered at the scene of the incident include the sum of Three hundred and Fifty-five thousand hundred and Seventy Naira (N355,170.00), 1 cutlass, 2 sachets of tramadol hydrochloride (100mg) and 1 itel black phone.

“The Commander 32 Artillery Brigade Brigadier General Zakari Abubakar advised the general public to give useful information on any suspected criminals and their hideout to the security agencies of the state.

“The Nigerian Army and other security agencies in the state will continue to ensure the security of lives and properties during the festive period,” the statement read.