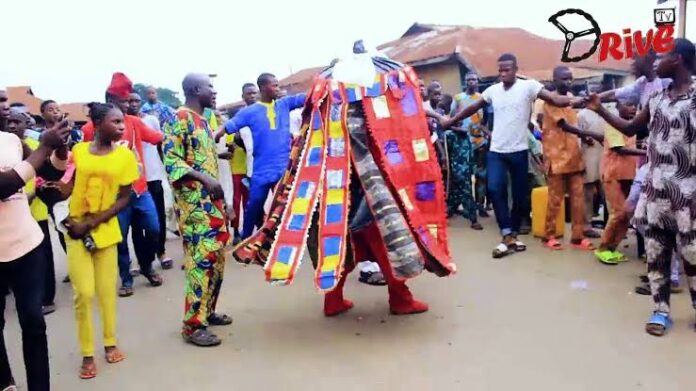 The stabbing of one of the associates of a Masquerade in Akure, the Ondo state capital led to the shooting witnessed at the city centre on Sunday evening.

Eyewitness account says the follower died instantly after he was stabbed.

The report added that the victim was allegedly stabbed by a trader, leading to a reprisal attack on some traders around Oja Oba axis in Akure.

The reason for the attack on the victim was unknown as he was reportedly stabbed at Odopetu area of the city. He died after loosing so much blood in the process.

The situation caused tension in the state capital city for hours, before security men were deployed to bring the unrest under control.

Many traders and residents around Oja Oba-Oba Adesida road were seen running for their lives as some hoodlums were shooting heavily while the road was deserted of motorists for hours.

Meanwhile, normalcy has returned to the area after a combined team of security personnel intervened.

*picture above only used for illustration