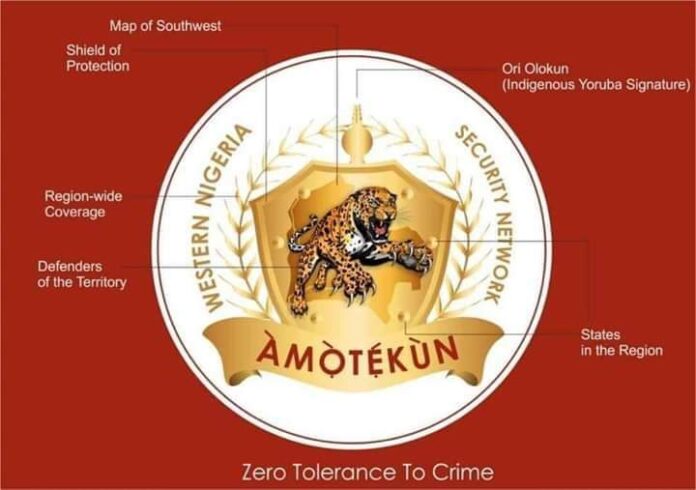 The Ondo state Security network, Operation Amotekun has received over 500 petitions from residents of Ondo state since the formation of the security outfit.

The Ondo state commander, of Amotekun corps, Chief Adetunji Adeleye in a public lecture titled “contemporary security challenges: is Amotekun corps the way forward?” said the level of insecurity in the country calls for serious concern.

The lecture was part of activities lined up to mark 2020 press week of Nigeria Union of Journalists, Ondo State council.

He called for establishment of  security trust funds as part of measures to stem the tide of insecurity in Nigeria.

He warned that there may be hunger in the country as a result of insecurity and incessant attacks on farmers.

Adeleye  emphasized the need for synergy among military and paramilitary organizations to effectively nip crime in the bud.

The Amotekun boss said insecurity can only be surmounted through collaboration of all and sundry and support the special support of media practitioners.

He said over 500 petitions have been received by Amotekun from residents of Ondo state seeking respite since the formation of the agency less than a year.

The Commander said petitions include respite from communities whose farmlands were destroyed by cows.

Adeleye said Amotekun corps has also arrested over 100 suspected criminals after it launched it operation clean up with a promise to always make the state unsafe for men of the underworld.

Governor Oluwarotimi Akeredolu represented by his chief of staff, Olugbenga Ale, thanked NUJ for supporting his administration’s quest at achieving progress for the state.

He said the Amotekun corps was an homegrown approach to fill the gap in the security architecture of the south west.

The NUJ Chairman, Adetona Aderoboye commended the collaborative efforts between the state government and media organizations in the state.

He enjoined government to consider the marginalisation of Journalists and information officers in the public service.