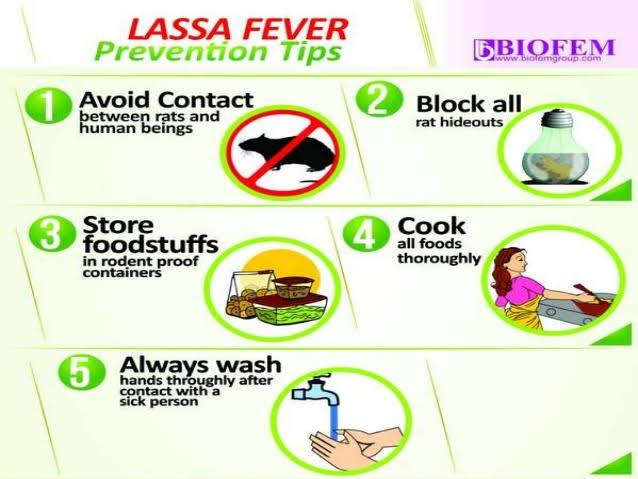 In the bid to put an end to Lassa Fever and it’s menace, the Ondo State Government in a Lassa Fever campaign tagged “End Lassa Now” has distributed 10,000 poisons to residents of Ayede Ogbese in Akure North Local Government Area for the purpose of killing Rats in the community to curb further spread of Lassa fever.
of the state.

Dr. Gbelela said 423 cases of Lassa fever were recorded in 2020 out of which 81 persons died, representing 34 percent of Lassa Fever related deaths in Nigeria.

Gbelela stated that Lassa Fever is of a greater burden to the state, hence the need for the campaign and advocated that necessary measures be put in place to eradicate the scourge.

He disclosed that those mostly affected were between 21 and 30 years.

The Assistant State Epidemiology opined that the effort of the State government at eradicating Rats in the state since the campaign was lunched last month is beginning to yield result as over 3000 Rats were killed at Owo after the rat poisons were distributed to residents.

The Special Adviser to the Governor and Acting Commissioner for Health, Dr. Jjibayo Adeyeye, said Lassa Fever has killed many people in the state since it was first discovered in Ose local government.

In his words, the scourge which was usually experienced in Ose and some LGAs sharing borders with Edo State, has spread to over five other LGAs, hence the need for the aggressive de-ratification exercise being embarked upon.

Dr Adeyeye further said the good news is that no Lassa Fever mortality has been recorded this year and all hands are on deck to ensure non is recorded.

He then urged all residents of Ogbese to play their role in preventing the outbreak of the disease by cleaning their environment, clearing all bushes around their houses, disposing refuse properly as well as killing all Rats in their environment.

The Odopetu of Ogbese, High Chief Oladimeji Abitogun, said proper attention should be given to Lassa Fever just as is being given to insurgency , COVID-19 an other life threatening matters as every life is important.

Chief Abitogun said more deaths have been recorded from Lassa fever than COVID-19 in the state.

The Commissioner for Works, Hon. Saka Yusuf Ogunleye and the Local government Chairman, Hon. Bankole Ogbesetore who admonished residents in their local dialects, said for Ayede Ogbese to continue to be one of the commercial nerves in the State that it is, residents must join hands with government to put an end to Lassa Fever and it’s menace.

The Regent of Ayede Ogbese, Bukola Akinyede in whose domain the campaign was held, appealed to the government to accord Ayede Ogbese the kind of attention it accords other cities in the clearing and disposal of refuse, while promising to do all that is within her power to ensure Ayede Ogbese is clean and free of Rats.