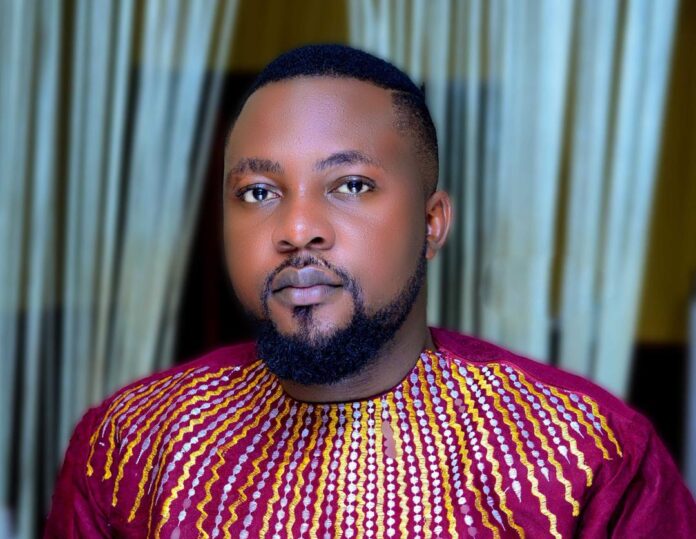 The recent decision of Ondo State Governor, Oluwarotimi Akeredolu to close the state forest reserve to pastoralists activities because of the worsening security situation in the Sunshine State had curiously, attracted a prompt combative reaction from Mallam Garba Shehu.

The security challenges foisted on the people of Ondo State are centered on regular vices like kidnapping for huge ransom, banditry, killing of important citizens and rape of innocent women have been linked to armed Fulani herders. These atrocities have gotten to the crescendo before Governor Akeredolu took the right, albeit overdue decision to close the forest reserve of Ondo State to pastoralists activities. It should be underscored therefore that the inalienable right of Governor Akeredolu to close the forest reserve was very much within the powers conferred on him as the Chief Security Officer of Ondo State.

Moreso, the state government had also mandated herders that still wish to continue with their cattle rearing business to register with appropriate authorities within a 7-day window or risk evacuation from the Sunshine State. The government order had also outlawed night grazing with immediate effect in a bid to stop the herders from continuing with their incessant and unconscionable unleashing of their cattle to feed on hectares of farmlands during the night. After all, an
unusual sickness will sure requires an unusual cure.

Meanwhile, Governor Akeredolu had unambiguously cited how the activities of armed herders have long been threatening the peace and security architecture of Ondo State. The state government had also done the right thing with the immediate ban of under-aged grazing of cattle as well as the movement of cattle within the cities and highways of Ondo State. These decisions were geared towards checkmating the criminal activities of bad elements amongst the herders domiciled in the Sunshine State.

Undoubtedly, security reports at the governor’s disposal have revealed that bad elements amongst the armed Fulani herders have turned Ondo State forest reserves into hideouts where they keep their kidnapped victims, negotiate for ransom and equally carry out other nefarious criminal activities. It was simply natural for Governor Akeredolu to have acted in the best interest of the Ondo State people by ordering the immediate closure of the state’s forest reserve.

Some of the disturbing criminal activities of the Fulani herders which necessitated the closure of Ondo forest reserve include the gruesome murder of Mrs. Olufunke Olakunrin, the daughter of Afenifere chieftain, Chief Reuben Fasoranti, who was shot and killed by suspected herdsmen along Ore road while going back to Lagos after she had visited had to father in Akure. Others were the cold-blooded murder of the paramount ruler of the Iron Kingdom, Oba Adegoke Adeusi while returning from a meeting of Council of Obas in Akure as well as the killing of the Deputy Registrar of the Federal University of Technology, Akure (FUTA), Dr. Amos Arijesuyo.

Also, the former Secretary to the Government of the Federation, Chief Olu Falae had once been kidnapped on his farm in Akure
by the same armed herders and made to pay a ransom of N5 million before he could eventually regain his freedom. These high-profile cases, in addition to lots of other under-reported and non-reported ones, were being committed daily by bad elements amongst the Fulani herders in Ondo State as well as other southwestern states.

Disturbingly, instead of empathizing with Governor Akeredolu and his long traumatized people, Garba Shehu had carelessly chosen to hold brief for the Fulani herders. Truly, the challenges plaguing Nigeria may have been fixed even before now, if the presidency had attached much importance to these issues as it would readily give deserved attention to matters that concern Fulani herders.

We were all witnesses when Lagos and some northern states gathered and returned hundreds of ‘Alimajiri’ to their states of origin on the ground of health reasons and environmental nuisance. The presidency never raised any constitutional concern on the matter till day. Garba Shehu may have to tell the nation and indeed the international community if an elected state governor longer has the powers to take crucial and timely decisions that will save his people from further harm and deaths.

The urgency and zealous commitment with which Garba Shehu had replied Governor Akeredolu suggested that the presidency was more interested in the economic interests of Fulani herders rather than that of Ondo State people. These are people that have been getting kidnapped for a huge ransom, brutally killed, and their women raped and infected with different diseases by the same bad elements amongst the Fulani herders daily. One would have expected the presidency to spare constructive thoughts on why the Fulani herdsmen would turn out the troubler of Ondo State people.

Garba Shehu will also need to explain to the nation if Ondo State Government can no longer make important decisions on her forest reserve asset. He also owes the nation an explanation if the rights of Nigerians to live anywhere is absolute in the face of unmitigated daily threats to the lives and properties of the Ondo State people.

The presidency, through Garba Shehu, had argued, “insecurity is not alien to any group, the language they speak, their geographical location or their faith”. The argument canvassed by the presidency may be valid though, however, it is not absolute in the case of the nightmarish security situation in Ondo State. It has been established over time through security reports and statements of ransom paid kidnapped victims that armed Fulani herders were responsible for the crimes of kidnap, killing, and rape of women on expressways in Ondo State.

Instead of identifying with the plight of Governor Akeredolu and indeed that of Ondo State people, Garba Shehu sat in the luxurious comfort of his Aso Rock office and insensitively condemned the 7-day eviction ultimatum given to unregistered herders by the Akeredolu. Garba Shehu posited, “Governor Akeredolu will be the least expected to unilaterally oust thousands of herders who have lived all their lives in the state on account of the infiltration of the forests by criminals”.

Going by the endless and almost instant defense of Fulani herders by the presidency, this posture is very likely to encourage more of the pastoralists to take into crime. It is common knowledge that the act of quick denial of a child’s misdemeanor by the parents is bound to encourage such child to progress in the path of ignobility. However, anyone that unconsciously breeds monsters may end up living a life devoid of conscious peace. After all, the eastern wind will not blow anyone any good.