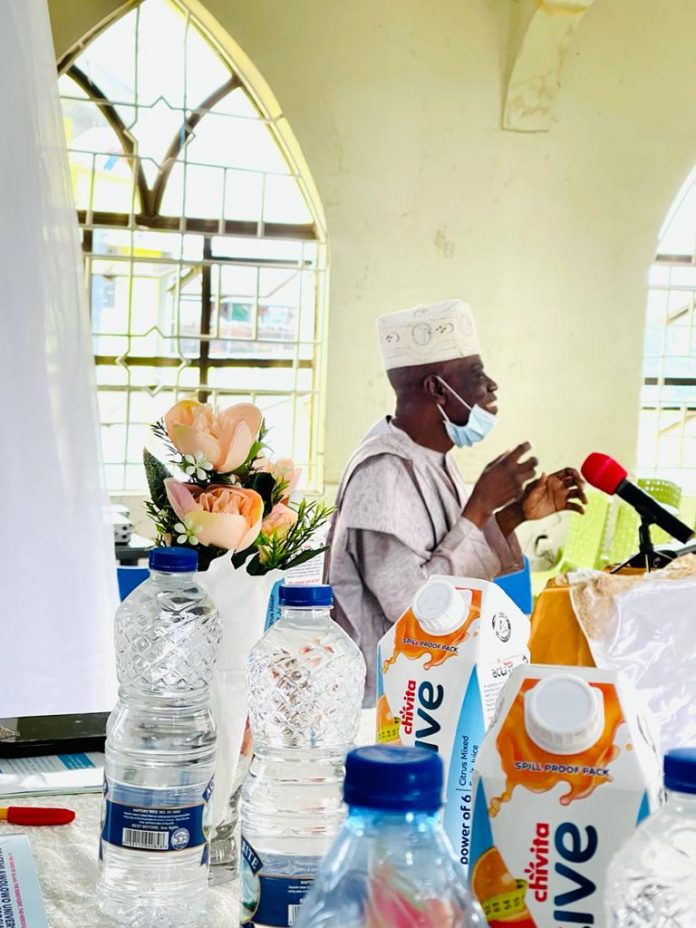 He stated this in Ibadan during a lecture entitled ” Media and Islam in Contemporary Nigeria: Friend or Foe” at the 14th Biennial Conference of Obafemi Awolowo University Muslim Graduates’ Association, UNIFEMGA, Ibadan Chapter.

Abbas said it was high time Muslims cultivated the habit of reading as such would make them informed and would at the same time enhance their deep knowledge about Islam.

“The reality on ground is that Muslims don’t read. The percentage of Muslims that read is 10 per cent. It’s very unfortunate and without reading, you can not be informed and without information, you can not be knowledgeable. Let Muslims read. They should not wait until an issue affects them before they start reacting”.

Abbas, who is also a columnist with The Nation newspaper, said the media and Islam should not be viewed from the side of either friend or foe but be seen like in a competition where a party expects the other to advertise or sell its products.

“There is no question of friend or foe. You can not be in a competition with somebody and you expect him to advertise your product. You have to build your own publicity in your name and by yourself”.

He called on Muslims to patronise and at the same time invest in media as it remains a veritable tool even for the propagation of Islam.

The Veteran Journalist faulted the Nigerian education system which places premium on literacy emphasising that education transcends only ability to read and write.

” Literacy is education in Nigeria. This is wrong. Education is beyond reading and writing. The most educated human being was Prophet Muhammad and was an illiterate whereas his messages are evergreen year in year out.”

In a remark, the chairman on the occasion and former Provost, Federal College of Education, (Technical), Akoka, Lagos, Dr. Tirimisiyu Oladimeji believed media has not been fair to Islam in terms of objectivity and unbiased reportage.

“Sometimes the reports on Islam are laced with lies. Many unprofessional stories are used just to paint Muslims and Islam in black”.

Earlier, Chairman, UNIFEMGA, Ibadan Chapter, Dr Ismail Kamil said the choice of the topic of the lecture was based on the fact that Islam has become a victim of misinformation, disinformation and outright attacks by some sections of the media.

“There are concerns in some quarters that media reports on issues concerning Islam and Muslims are deliberately twisted, exaggerated and mischievous. Others believe that most of the reports are influenced by political,ethnic and religious leanings. “

The inauguration for another 2- year term in office for the current executive under the chairmanship of Dr Ismail Kamil was done by the National President of UNIFEMGA, Engr Abdul-Fattah Olanlege who congratulated them for a successful first term and urged them to do more in terms of membership drives as well as improve on the welfare of the members.

Other members of the association who graced the occasion were Alhaja Hamdalat Agboola, the Head of Service of Oyo state Government and Dr Sulleiman Adediran, former Oyo state Primary Education Board (SPEB) Chairman among others.