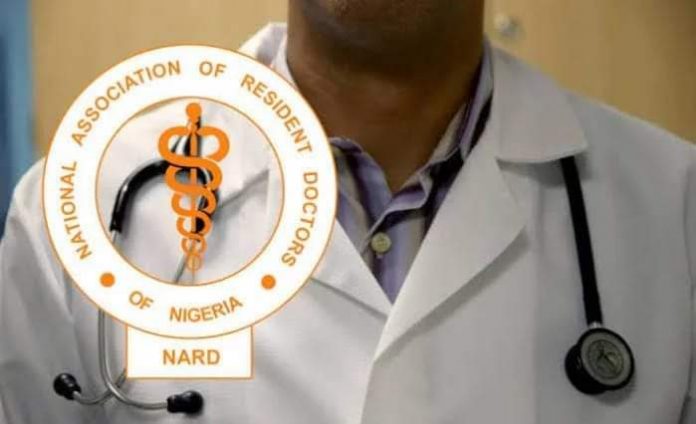 The Nigerian Association of Resident Doctors have declared that they won’t return to work, just as they dared the Federal Government to go ahead and arrest them all as ordered by the court.

The striking doctors made the declaration while reacting to the threat by the National Industrial Court in Abuja which reportedly ruled that the doctors could be committed into prison if they fail to call off their ongoing strike.

The Vice President, NARD, Adejo Arome, in an interview with Sunday PUNCH on Friday said members of the association were not scared of the threat of arrest.

He urged the government to expand its prison since all members of the association will be arrested.

He also said since the last time Vice-President Yemi Osinbajo met with them through zoom, there has been no other meeting with the association.

He said, “Since the last zoom meeting we had with the Vice President, there has not been any subsequent meeting.

“As for the court notice, no one really cares. Let them expand their prison and arrest us all.

“It has reached the point that no one cares about whatever happens. Let them meet our demands.

“We will not go back to work unless our demands are met. This (court notice) won’t make us change our mind.”

Members of NARD had commenced nationwide industrial action on August 2.

The association declared the strike action on July 30 at its National Executive Council meeting with the theme ‘The Nigerian doctor, an endangered species: grappling with a pandemic, poor workplace infrastructure and security threats.’

Announcing the action after the meeting held in Umuahia, Abia State, the National President, NARD, Dr Okhuaihesuyi Uyilawa, had cited the failure of the Federal Government to implement the agreements it entered into with the union 113 days after it suspended the previous strike.

The Federal Government approached the National Industrial Court, Abuja which on August 23 ordered the striking resident doctors to suspend the action while delivering ruling on the government’s ex parte application.

Justice John Targema then adjourned the case to September 15.

But the resident doctors vowed to continue the strike until their demands are met, notwithstanding the court ruling.

The court has since written to the doctors, threatening to commit them to prison if they continue to disobey its ruling.

The court document, a copy of which is in the possession of our correspondent, was titled “Notice of consequences of disobedience of court order” and dated September 3, 2021.

“And this honourable court, having delivered its rulings, it is hereby ordered as described above. Further take notice that the enrolment order of the court is attached herewith. You will be guilty of contempt of court and will be liable to be committed to prison,” the court read in part.