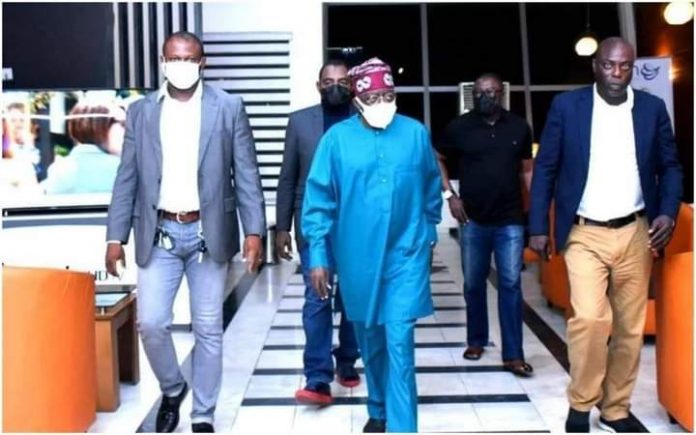 The National leader of the All Progressives Congress, Bola Tinubu has returned to Nigeria.

The Precision NG had earlier reported that Tinubu would be arriving at the private jet wing of Muritala Mohammed Airport, Abuja by 8:30pm on Friday night.

The former Lagos State Governor had been away for over two months after he undergone knee surgery at the John Hopkins University Hospital in Maryland, the United States.

The APC chieftain, it was learnt, left the US for the United Kingdom on crutches, a few days after the surgery.

While in the UK, notable politicians paid him homage including President Muhammadu Buhari.

Editor’s note: The story has been updated to reflect the current reality on the return of the APC leader.