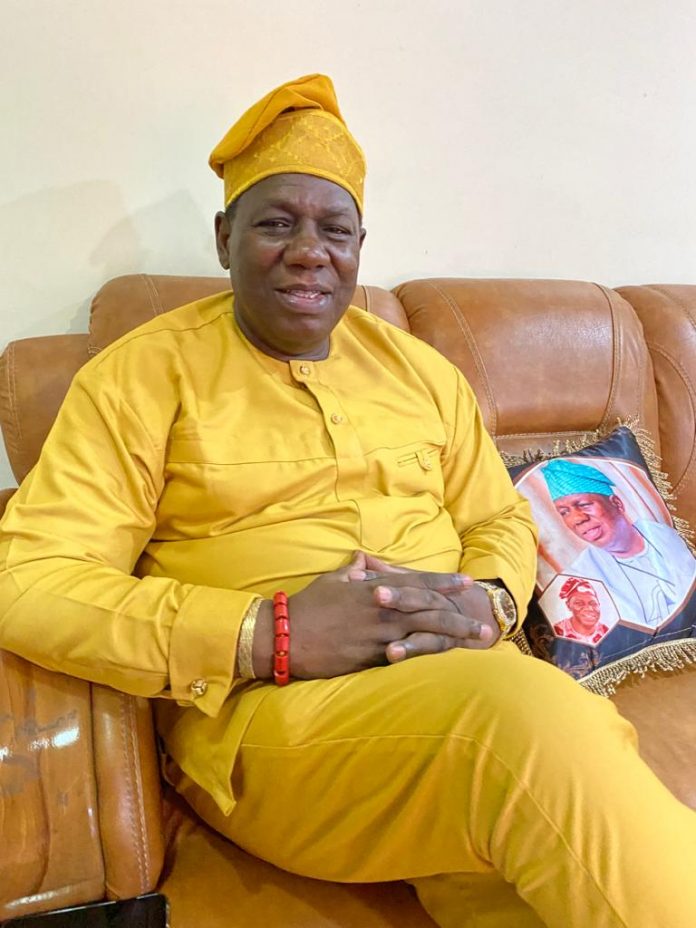 The Osi Basorun of Ibadan land -Chief (DR) Azeez Popoola Adeduntan, has advised Governors Kayode Fayemi of Ekiti state and Atiku Bagudu of Kebbi state as well as Yahaya Bello of Kogi state not to sell misrepresentation of facts to the public and the presidency, regarding Covid 19 and direct primaries.

Adeduntan, a Harvard trained, board certified international cardiovascular surgeon and 2011 Labour party Governorship candidate in the state, said that Progressive Governors Forum are factually incorrect by their statements and assertions on covid 19 and direct primaries.

Adeduntan who was a former health commissioner in the state and also one of the APC Governorship aspirants that purchased Governorship nomination form in 2019, vetted and cleared by the APC, expressed surprise that Gov. Bello who denied that his state had COVID 19 at the peak of the pandemic; and who never believed in the existence of the pandemic, will now be hiding behind the virus, thus selling fears to the Nigerian public due to self interest.

“Governor Bello was even quoted to have said that direct primaries will cause conflicts between the leaders and the people.

Both positions are opposite in effect relative to the putative advantages of direct primaries compared to indirect and consensus methods of primaries.”

Adeduntan also advised Governor Bagudu who was quoted to have said that direct primaries will run counter to the executive order signed by president Buhari 10 months ago.

“Both governors are hereby put on notice for the sake of public health and education, that direct primaries can be conducted in Nigeria subject to the following:

a) primaries are done in the open and not a closed environment.
b) deployment of non pharmacological options -face mark, social distancing of at least 6ft or 2 meters, hand washing with soap and water, alcohol based hand rubs etc.
c) Pharmacological methods including vitamin C, azithromycin, baby aspirin, selenium, zinc etc. if needed for high risk voters.”

He said this is evidenced by the successful direct primaries and Presidential elections in the USA in year 2020 where more than 150 million Americans exercised their franchise by voting directly for their choice candidates notwithstanding raging covid 19 infections at that time, worse than in Nigeria then and as at now.

“Some party leaders who have benefited from the corruption inherent in indirect and consensus methods of candidate selection, are even challenging the electoral act as the provisions therein especially direct primaries, run against their parties constitutions.

It is trite in law, that you must amend your party’s constitution to fit into the Nigeria’s constitution, else, your law is null and void”-

Osi Basorun Adeduntan stated that he has no aversion to (indirect and consensus primaries) as he had participated in both, other that they are in our clime, corrupt means of candidate selection, amenable to fraud and electoral corruption; as well as a rape on voters as an unwanted and unpopular candidate can be foisted on the electorate as reported in many national dailies-see the debacle in Oyo state due to fraudulent and doctored delegates list and bogus congress – a result of corrupt consensus process.

We cannot continue on the same road ,if we want to deepen Democracy in this country. We are aware of unbelievable coup detat in the Gambia, Guinea, Mali, Sudan fighting for democracy)etc because of rape on democracy.”

He added that though Direct primaries are not perfect, nothing in life is perfect ,except God, but it is inclusive, more democratic, can capture all Nigerians including rich and poor, as well as restive Nigerian youths and prevent future “endsars.”

Agitations as leadership doors are not closed against them, as in indirect and consensus methods.

He advised President Buhari to be a statesman, (a politician thinks about immediate rewards, a statesman thinks about what is best for the future of his country & people); should insulate himself from undue influence by Progressive Governors forum (PGF), a pressure group Unknown to the Nigerian constitution, other lobbyists, be guided by the judgment of GOD and judgment of History, not the judgment of man (which is temporary), by immortalizing himself and signing this amended electoral bill into law today.

“To allow a threatened veto by the National Assembly, without a prompt assent to the bill will rub off negatively on the President’s legacies.

“May God bless the Federating states and the Federal republic of Nigeria, Adeduntan prayed.